I've not been through here for quite a while

4 of these aircraft were custom-built for NZNAC at the VICKERS production facility located at Wisely, Surrey, in the UK and as follows ....

Throughout their 17 years of service to NZNAC these aircraft operated NZ trunk/domestic routes daily and around the clock .... and during this period supported 3 variations of the airlines red/white/natural metal livery .... 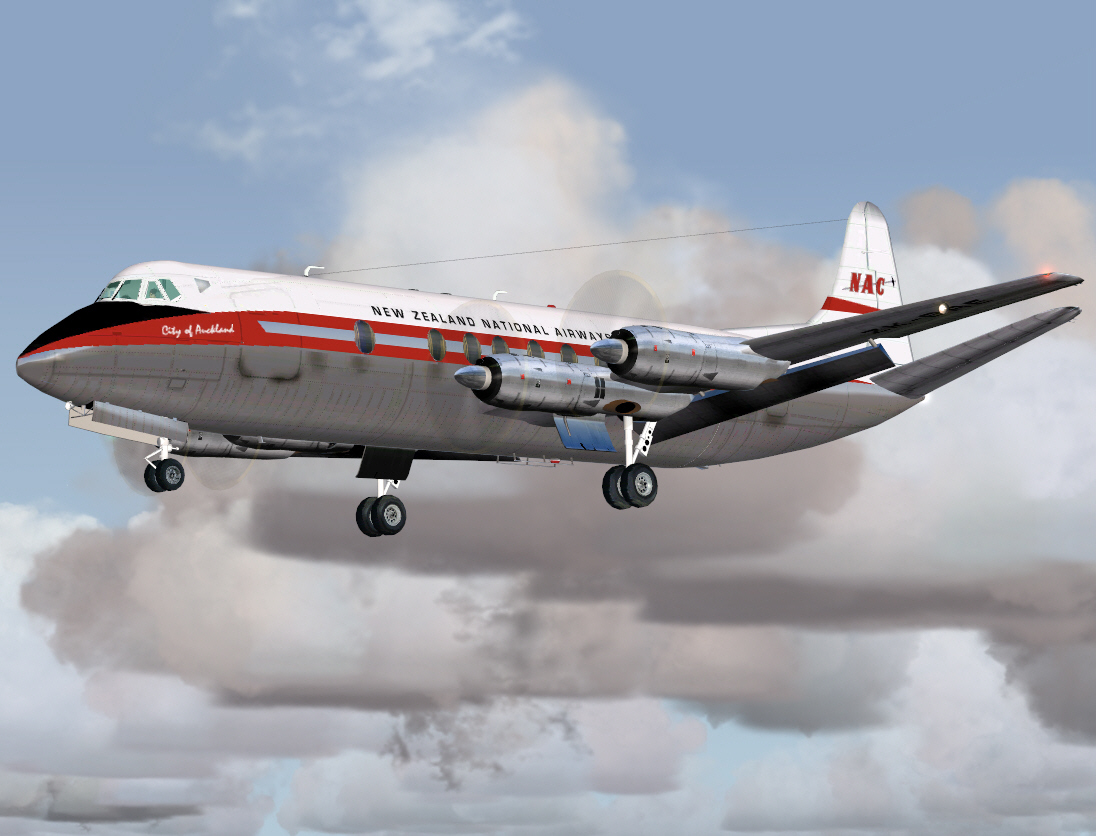 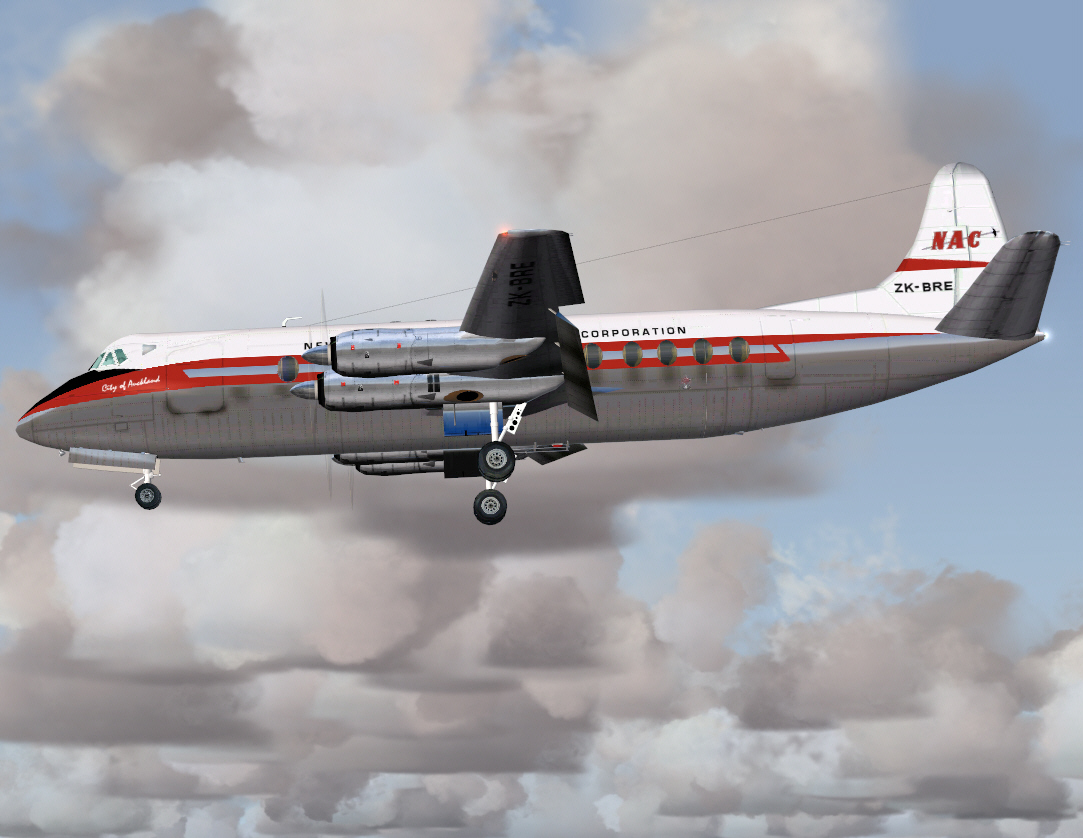 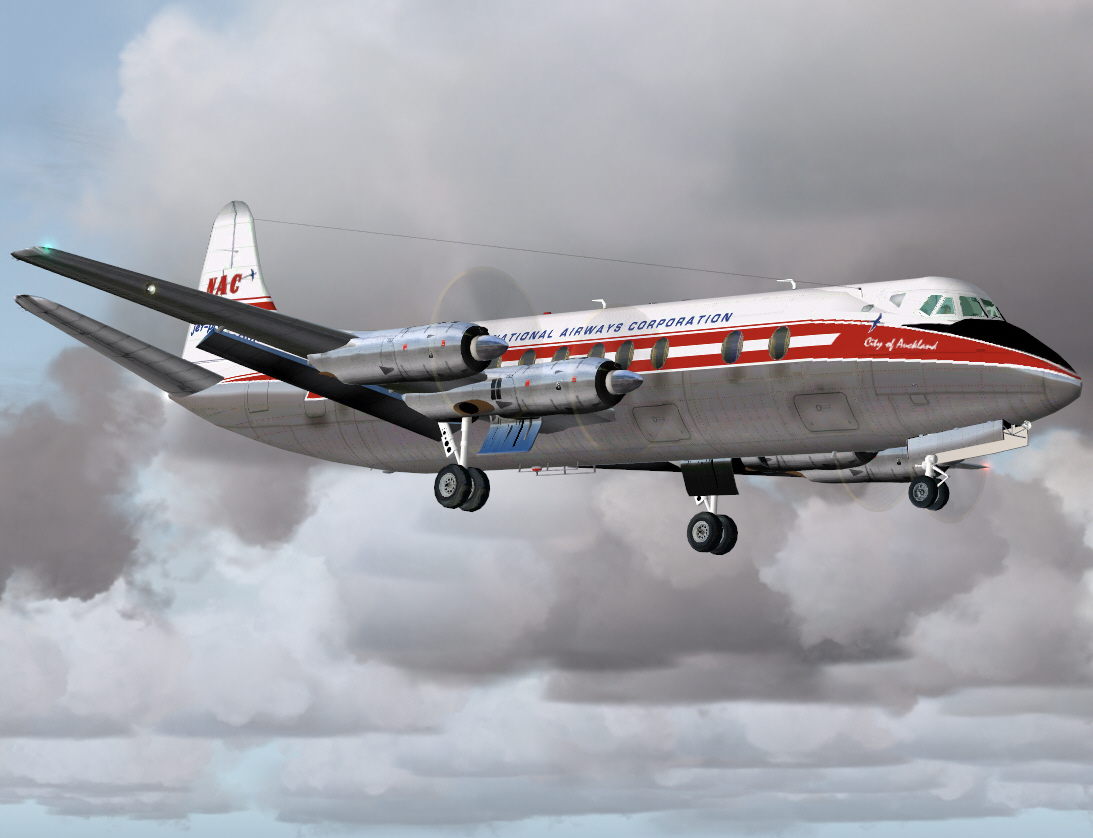 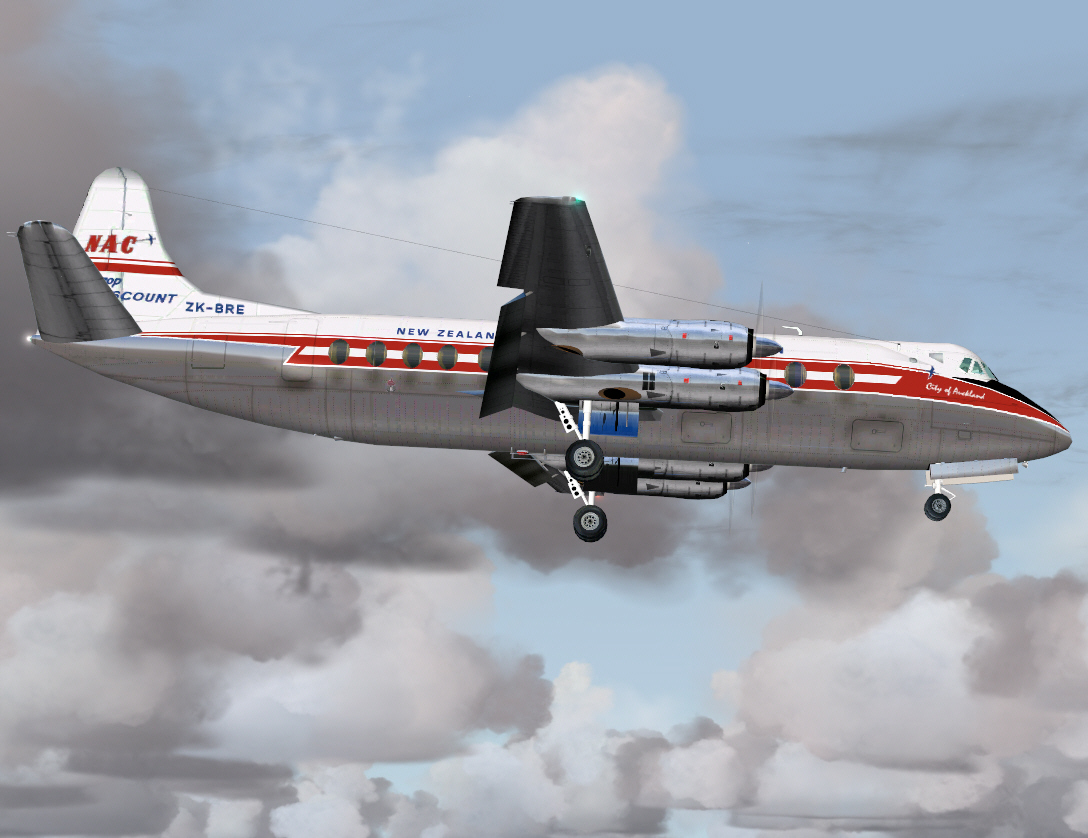 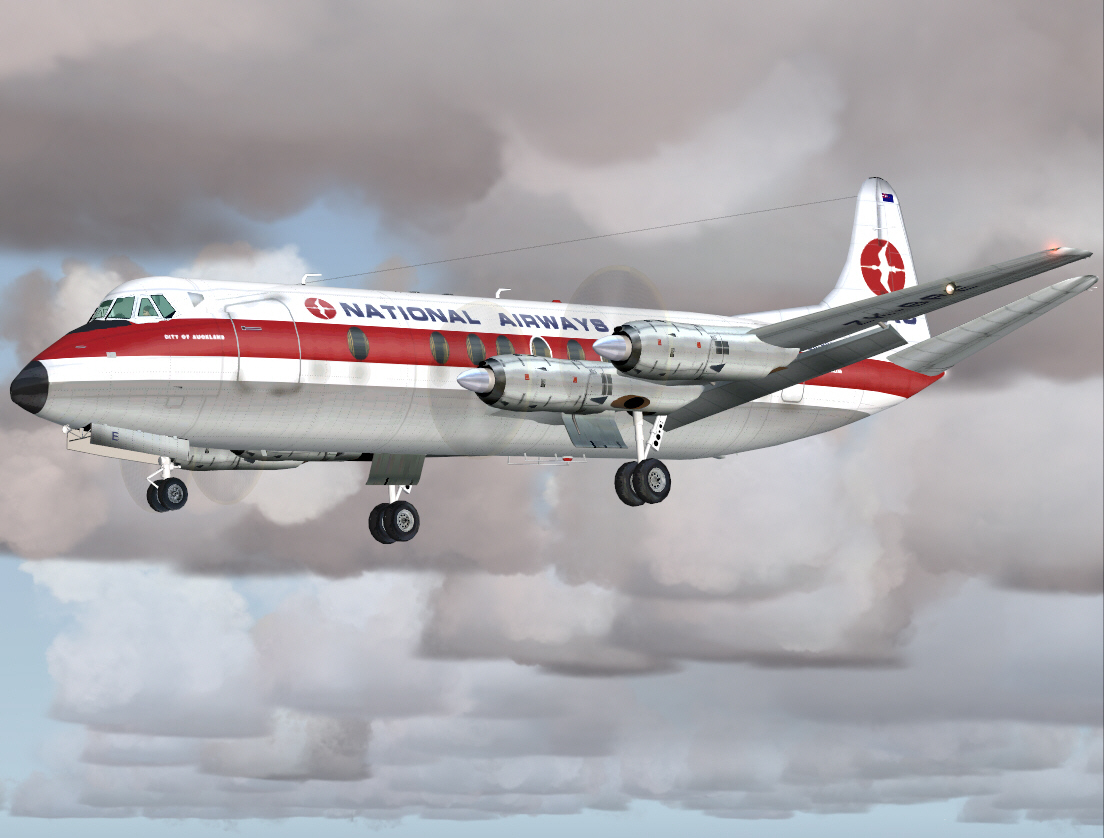 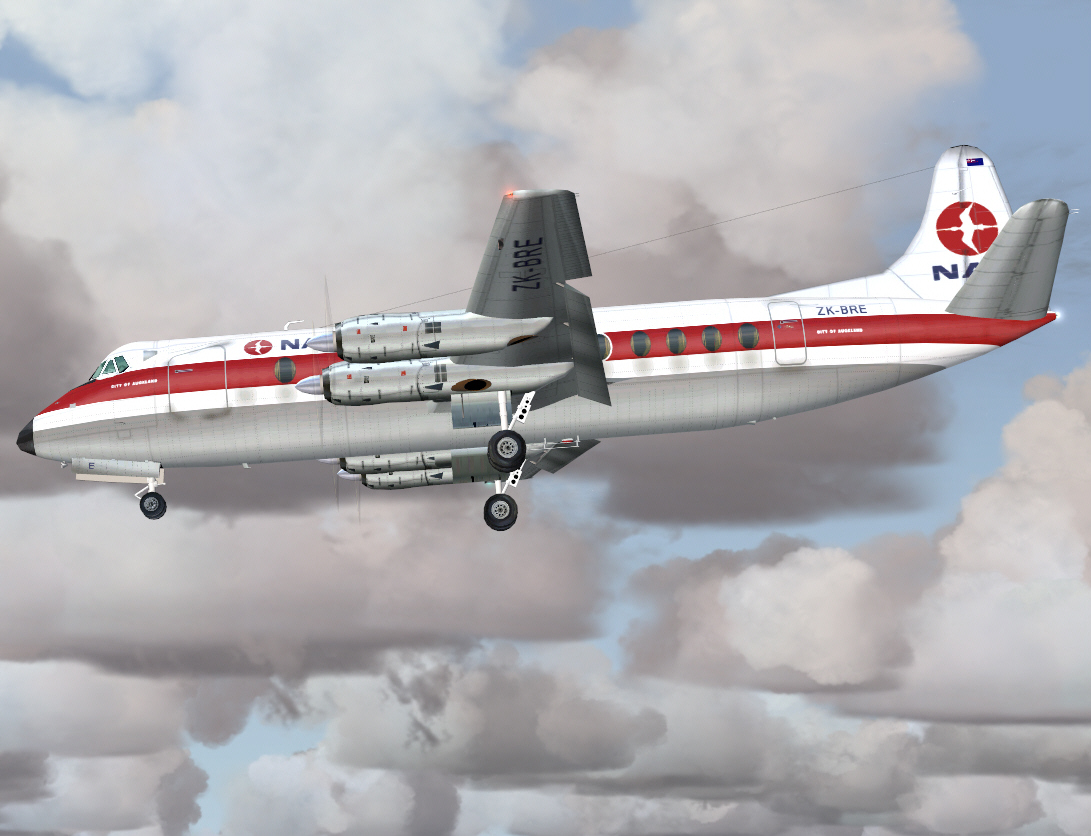 The last of the airlines VISCOUNT's remained in service until 1975. Only 1 of these aircraft remains in existence today .... ZK-BRF .... and which was presented to the Ferrymead Heritage Park Museum, in Christchurch, NZ, where it's been undergoing slow and donation assisted restoration ever since.

Beyond this single donated aircraft .... almost 10 years were to pass before another VISCOUNT was to be seen active within NZ.

During the early 1980's SKYBUS was formed .... as a travel club .... under the banner of the AQUA AVIA SOCIETY and which intended to exploit a loop hole within NZ civil aviation law, which it believed, allowed it to operate under the license of an aero club and with the intention of providing cheap air services to its membership .... essentially challenging the might/monopoly of AIR NZ (and MOUNT COOK AIRLINES) on domestic routes within NZ .... along with international services that were also being contemplated at the time of the airlines formation. Initial plans focused on DC-8-50's (though the company probably couldn't have selected a worse aircraft for fuel economy) .... BUT .... ultimately evolved into a single VISCOUNT 802 (ZK-SKY) which was leased from BRITISH AIR FERRIES ....

The NZ government of the day did everything within it's power to damage, and/or otherwise frustrate, the establishment of this competition .... since AIR NZ was still a state owned enterprise at the time. In fact I personally, and very vividly, recall the NZ Civil Aviation & Transport Minister of the era publicly declaring, during a radio interview, that the VISCOUNT was "very old and people should think twice before flying on it" .... yet .... civil VISCOUNT operations were still common within the UK, at this time, and this particular aircraft had already passed its engineering survey and crew route training route familiarization to the satisfaction of the NZCAD prior to being accepted on the NZ civil air register.

As things came to pass .... SKYBUS existed for "a week only" during 1981 .... performing nothing more that what became a tour of NZ major cities (for the lucky ones among its growing national membership, but which, for legal reasons had to be operated as FOC services prior to the companies scheduled inaugural service date) .... until the company discovered that the NZ government had suddenly moved to close the legal loop hole which had allowed it to come into existence and effectively stopped it from operating at all. 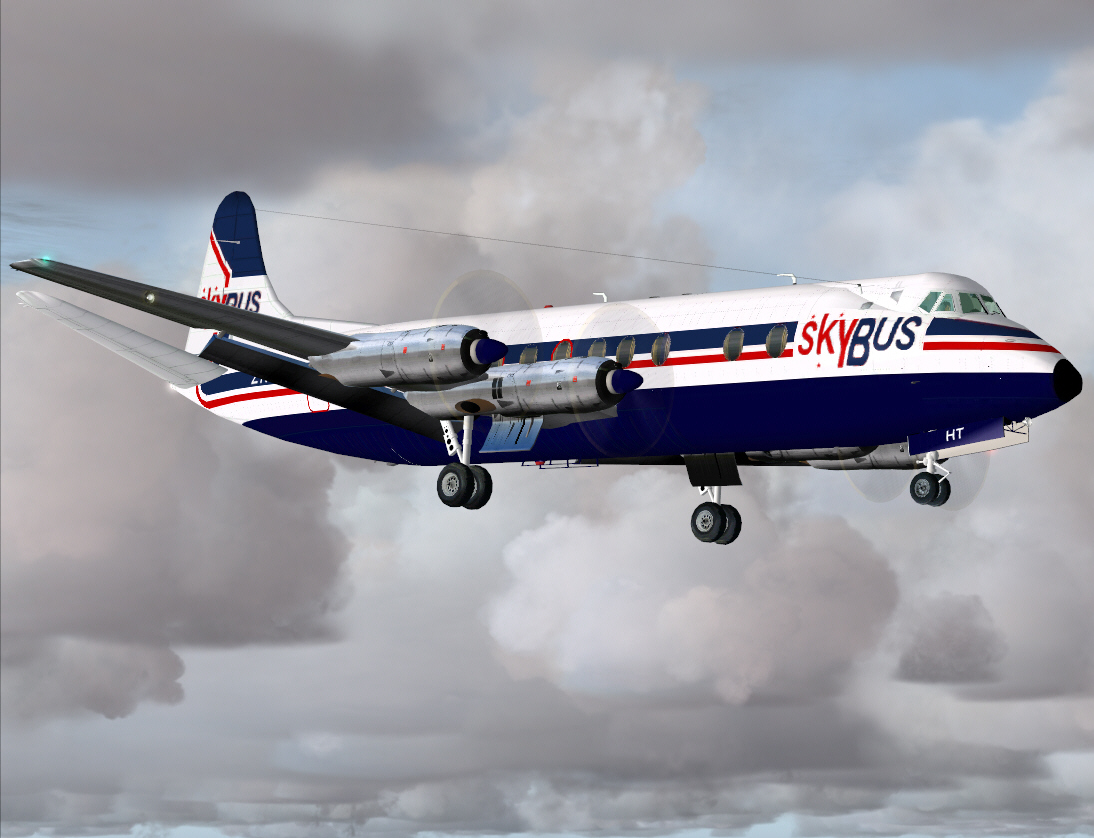 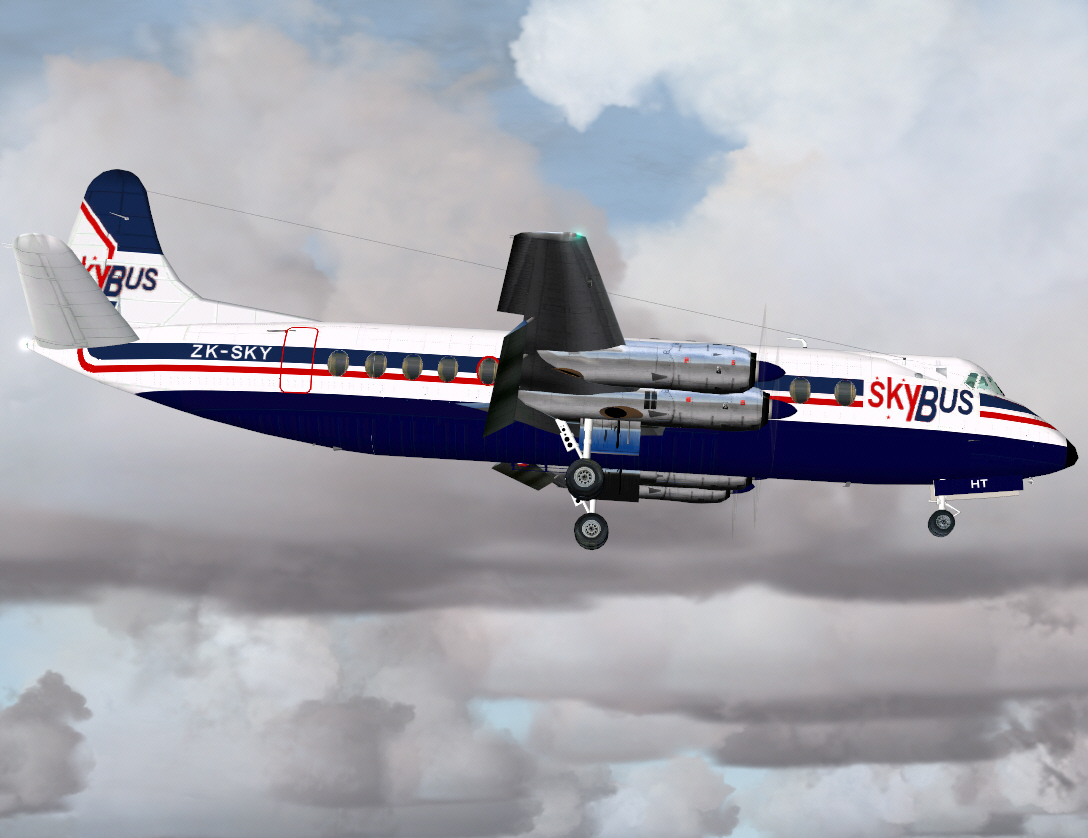 A 2nd VISCOUNT 802 was also being prepared by BRITISH AIR FERRIES within the UK and for delivery to SKYBUS .... but .... despite supporting the airlines livery it ultimately never made the long delivery flight to NZ prior the airline/aero club being forced to cease operations.

Mark C
AKL/NZ
Last edited by Mark C on 03 Feb 2020, 19:51, edited 3 times in total.
I know you think you understand what you thought I said but what you thought you heard is not what I meant !
Top

Isn't it strange, how governments help or hinder enterprises?
Thanks for the info and pics, Mark.

Always the case .... when they want to protect themselves.

Whilst AIR NZ was a state owned enterprise (until around the early 90's) there was no way the NZ government was going to (easily) permit competition that might disadvantage its own interests.