One of my favourite military aircraft was the Jaguar, and I think I may have had one in a sim years ago. What's the current consensus on the best one before I go off downloading lots of random ones. I'm happy to go payware if needs be, although a recent purchase (the Gazelle for P3D4 has reminded me to read the detail, that's French only and no repaints

by DaveB
I only know of one FSX example and it remains an unfinished WIP from UKMIL.

by TSR2
That's a shame mate, its a great aircraft too. Did some digging and I think the one I had all those years ago must have been a 2002 vintage ☹

by DaveB
Yup. There are calls all over the place for at least an FSX version and folk are willing to part with cash for a good one

by FlyTexas
The old Alphasim Jaguar is freeware, if you don't mind going old school, Ben. Here's mine wearing a repaint by UKMIL. 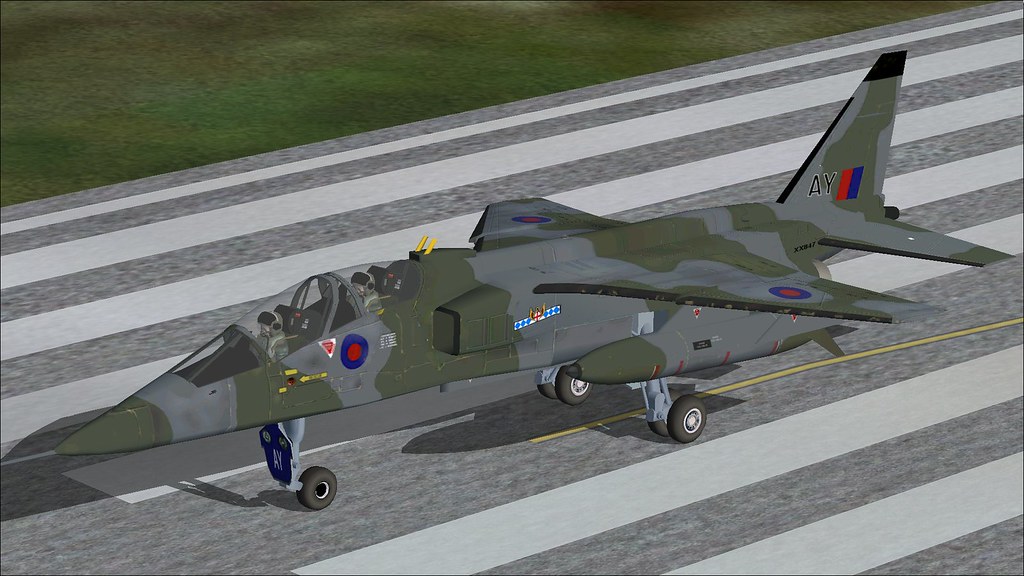 The original Alphasim panel will not function in FSX but I guess you could replace the gauges with new ones. Of course you cannot make a silk purse from a sows ear, but at the very least you'd end up with a sows ear sporting a decent earring.

by DaveG
The old Alphasim ones won't work at all in P3d v4 though. As Dave said, the Ukmil ones are the only option really. External isn't too bad if you don't look too closely, but id swap out the VC as that's awful.

by Vancouver
There used to be a French one out there at the Virtual French AF but I think the site has gone and damned if I can find it. If memory serves it was the Ecole 2 seater and probably was a FS9 model.

by Johnp94
Have you guys seen the Gaffers update on UKMIL

by TSR2
I hadn't John, but I'll try and take a look tonight

Just had a look over at UKMIL and I cant see any update relating o the Jag, can you post a link please?
All times are UTC
Page 1 of 4