The Oxford is now ready for beta testing if you'd be so kind. The link is here -
https://www.dropbox.com/s/p3xkwxukc3xnk ... a.zip?dl=0
The zipped fileset is approx 35.5 Megs most of which are the sound files. 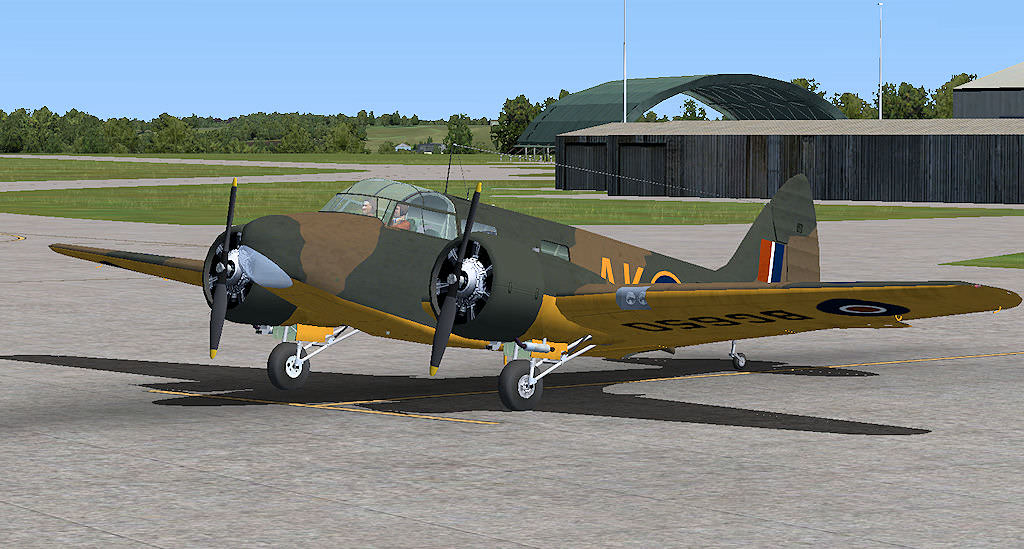 Although built for FS2004 it works quite well in FSX but not I'm afraid in P3Dv4. Please ensure that you mention which sim you used in any test comments.
I've included extensive notes for you and a screenshot of the panel identifying the main controls etc.
Looking forward to your comments -

DaveM Thanks for the "birthday present" released on the right day for me!

I just love the interior detail, great job! The ganged switches on the centre section are a delight. The instruments are all very appropriate, and the radio in the back is a picture!
Early in the flight, I had some visual trouble with the LL backed by a black rectangle, which became transparent when clouds were behind it. This may have been my system because later on, was not appearing as often.
Very close to each mainplane tip, there is a transparent spot when looking directly up or down. If it's on the original, it has escaped my attention in the past.
When applying left aileron, there is a one second or less roll to the right; when using right aileron, brief left roll before the desired response.
The main wheels retract too far into the nacelles; they were designed to minimise damage in a wheels-up landing; please check real life profile.
I was unable to get close to the max. speed, finding 110Kts at 1900RPM, and 120Kts at 2050RPM, straight & level.
I was able to loop and 360° roll, which I think exceeds intended aerobatic performance.
You have succeeded where I failed, Dave, congratulations!

Did a quick circuit in FSX SE. I use VC and the glass was opaque. Using 2D I could not see to taxy as I was looking at the sky. I do not know how to change the viewpoint. Otherwise love it.
Simon

Simon - thanks for the report. Re. the dark glass, to cure that, I have included in the textures folder a file fsxglass.bmp and in the 'Oxford_README-1ST.txt there is the instruction for substituting the files. I ask because I also use FSX SE and all-is fine.
Taxiing in a 'tail-dragger' is always a problem - they had to weave side-to-side as they taxied and look out of a window .

Airspeed - a few comments - the transparent slots on the wingtips are the grab-handles for the erks to haul the ship around.
The ailerons response is a new one to me- lets see what others come up with. I'll check the undercarriage action - should be able to adjust that.
Airspeeds ? I could reach the correct figure by employing a similar techique used by car manufacturers i.e half-empty tanks and absolute minimum crew / payload. That way you get the best m.p.g. as well !

Sounds like the aircrat.cfg figures need some adjustment (not my strongest skill)
Cheers

I've yet to find any issues...oh, I'm using FSX SP2. I did find one little surprise. While familiarizing myself with the cockpit I found this little fella. 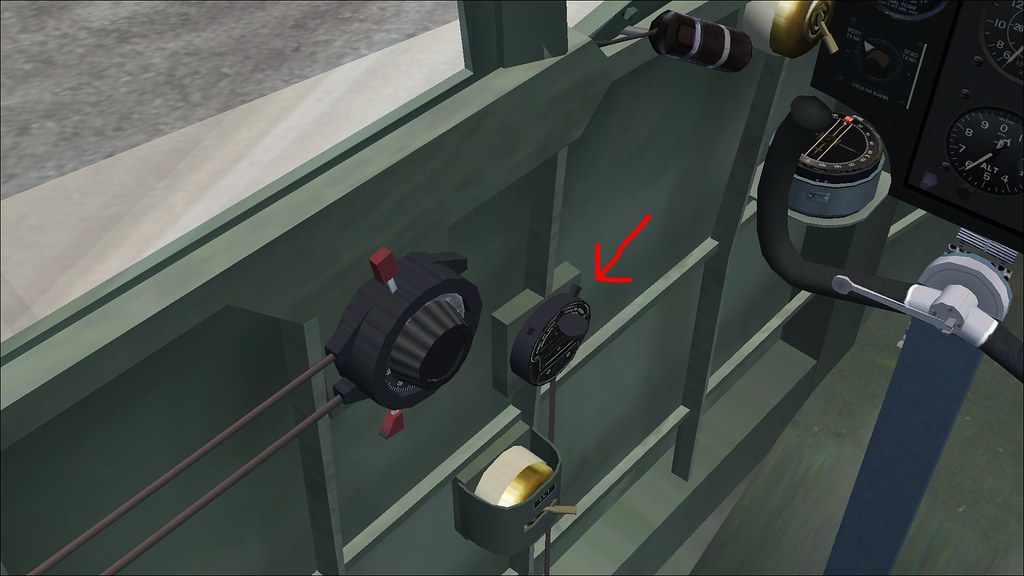 It seems he has a secret message.

I've used that numerous times in my models. You are only no. 2 to have read the morse - the first being Dave B.
It is afterall described as a Switchbox Identification and was present on most wartime R.A.F. aircraft.
It seemed only right that I should therefore identify myself.

Dave M(oly)
p.s. - have you clicked on the pilots manual in the righthand side pocket ?

Being mentioned in the same breath with Dave B makes me very happy.

He was quite a guy. *sigh* If anyone decides to claim your aircraft as their own the Switchbox will reveal the true creator of the model.

Yes, I have clicked the Pilot's Notes. That's great that you were able to find the real Pilot's Notes to use as a texture.

It's happened again! Education on this forum!
I have looked at countless 3 views and photos of the Oxford, over decades, and never noticed those handles until you pointed them out, Dave.

I checked my copy of the pilots notes, and indeed aerobatics and deliberate spinning are prohibited. (I suppose that doesn't necessarily mean they can't be performed by naughty airmen, though.)

Thanks. Everything working OK now. I had another Oxford in my sim and for some reason I read the read me on that. Senior moment.
Simon

I don't know how true this is but my Dad said the most dangerous moment in his war came when he was flying his Oxford and felt a draught. He looked over his shoulder to see an Air Cadet had opened the door and was being sick out of the plane.
Simon

'The trouble with the speed of light is it gets here too early in the morning!' Alfred. E. Neuman
Top
Post Reply
34 posts