Maybe I can put a little sparkle into your life by testing my BETA version of my latest Percival product - the K3 version of the Vega Gull. Following some tutelage from Nigel Richards I have created new textures although it has taken a long time to gestate as I have experimented with creating what I hope is a good rendering of silver paint - always a difficult texture to create. I have also textured this aircraft as it was in the 1950's when owned by Mike Hawthorn, the racing driver.
Two versions are available, one for FS9 with 1024 textures & one for FSX with 2048 textures - the FSX version is really a port-over which might work in P3D, but it does work in FSX SP2 where the wingfold works & in FSXA where the wingfold will not work - don't ask why 'cos I don't know.
I have also remodelled my pilot & passengers using (with permission) Nigel Richards Avro Pilot face modified a bit. Spot the celebs!

Here are the links to my Dropbox - when responding please identify which sim you are using.

Bored ? not me Keith ! too busy working on my latest.

Have d/l'ed both versions - will report ASAP.
Cheers 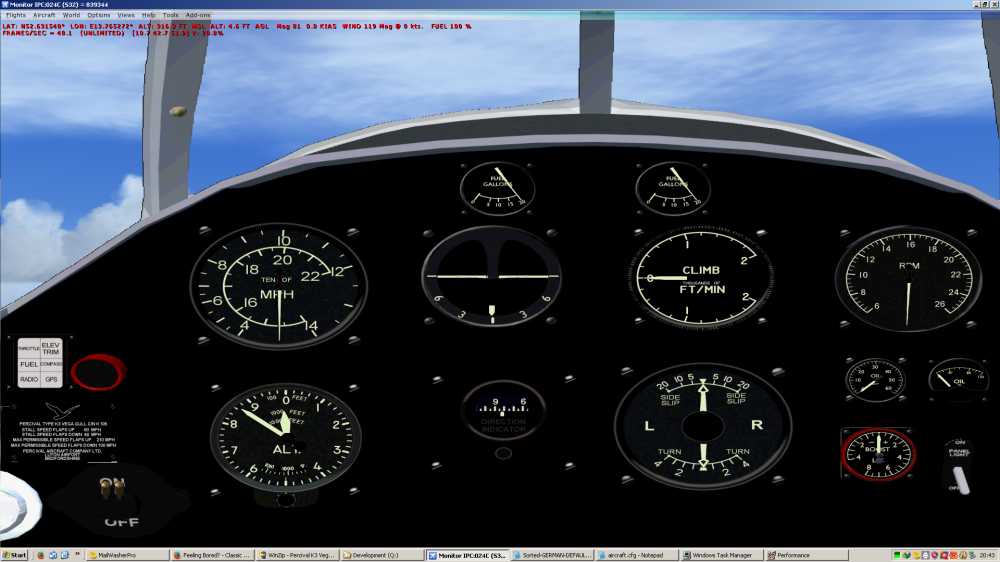 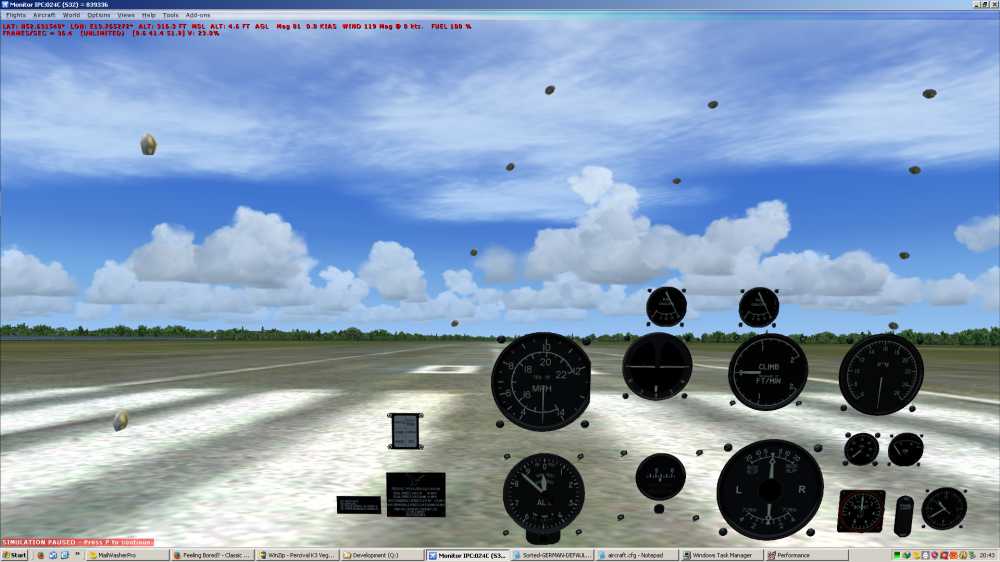 GHD - OK I will cross check tomorrow - too late here at mo!
Thanks
Keith
Top

Preview shows only the panel and instruments for both variants. 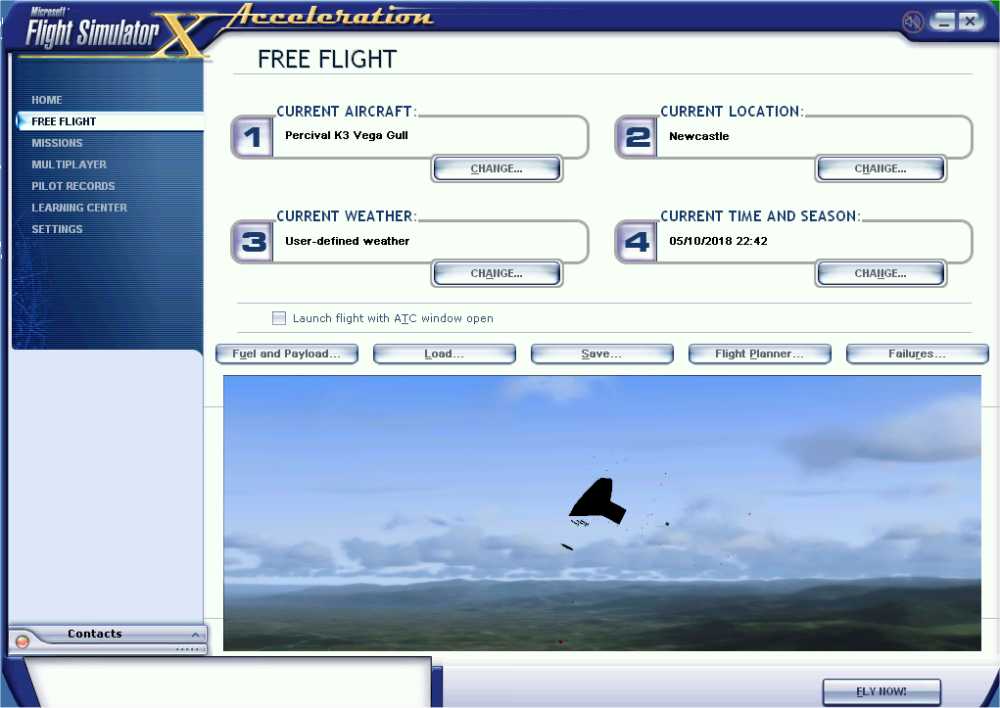 George,
Got a funny feeling that look is to do with DX10 preview being on or off.

OK I haven't read any of the notes yet. I was too impatient.
This was in FSX Accel:
There are no port/starboard nav lights visible; this may be intentional.
Take off happened as a bit of a surprise, as the tail was still down; perhaps it needs a nudge to lift it.
I had a deal of bother slowing the climb rate; at about -20°, it still climbed a little.
RPM happily sat on 2400, easily cruised at 160+mph.
It's a nippy little craft, had some trouble slowing down to land, forced to do a go around on the first try!
Flaps didn't seem to alter the pitch as much as I expected, though I'm having a few scenery conflicts that may have distracted me.
None of that oval instrument appearance shown in another post above; mine looked fine.
Smooth faces on the passengers, but I did not recognise anyone. (Hardly surprising, I rarely identify people in films.)
Sound was fine.
Are those red handles, high on the wall, between the seats, the wing fold controls? No description came up when the mouse became a hand, and the levers wouldn't move, so I guessed that was them.
Not sure what I was expecting about the silver paint, am I missing something?
I may do some more testing, but apart from the scenery conflicts, the computer itself has been a bit naughty, turning off without warning. Removed some dust from the CPU cooler today, will have to see if it makes any difference.
I think that you are pretty much finished with this project!

Tried it in P3D4 and it is not compatible, model does not show up at all.
Joe Cusick,

Somebody phone the Daily Mail! 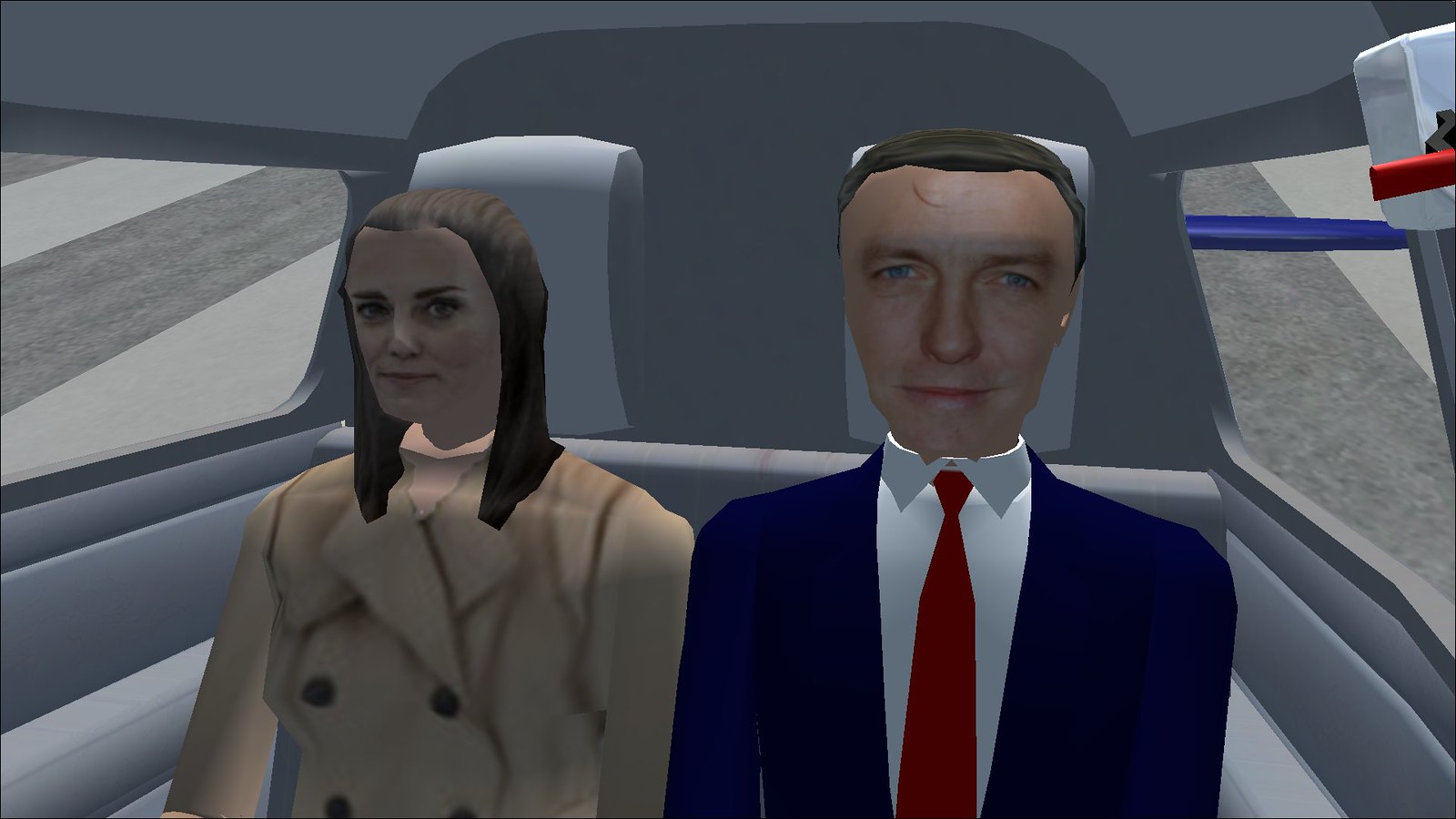 George,
Just loaded into my laptop & checked both FSX SP2 and FSXA. Both are showing OK to me. 2D instrument panel will show instruments as oval unless you select a 4:3 ratio screen, don't know cure for that if using a wide screen monitor.
Tried DX10 preview, aircraft & instruments show up OK but no textures, so thats not the reason. Can only think that you have a corrupted download. Have you tried loading the FS9 version into your FSXA?

Mike,
Not sure about your trim level, I've just checked in FSXA & I get 16.9° nose down at 173 mph, 2400rpm -1/4 psi boost & 16.4° nose down at 163 mph 2000 rpm -3 psi boost with full load at 600 ft altitude.
Nav lights are of the single unit type with 3 bulbs fitted on the top of the cabin & 1 on the belly under the wing.
Wingfold is manual, but will not work in FSXA, will in FSX SP2 & FS9 though.
Red handles are the door catch levers.
Yes she is quite hard to slow down, but once at about 100 mph you can lower the flaps & she descends quite quickly, I usually undershoot!
Take off, be careful with raising tail, elevator sensitive on full throttle & its easy to over rotate.

I find that silver paint is quite hard to get the contrast between lit areas & shade that shows up in photographs, also there is a very fine texture that seems to give it sparkle. Some people seem to add a lot of blue in the base colour, but I find it depends on the monitor colour setup & I have a 2 monitor setup which I cannot get to match, so on one monitor it looks dull & the other bright & slightly more blue.
I have played with very noise overlays as well as Blinn settings in Gmax & this seems to show better for me in FSX as one can use 2048 textures, FS9 shows them more coarse because of 1024 textures.