I would to officially reveal MSPG Simulations next base will be RAF Lossiemouth, Moray, Scotland.

This is a busy RAF station, which will be getting even busier over the next few years. Currently home to 15 (R) Sqn, OCU for the Tornado GR4, sadly standing down on 31st March 2017. The base has a long history with the Tornado, a reason why the base was chosen as a project, plus the RAF SAR force. It is also home to three frontline Typhoon units, 1 (F) Sqn, 2(AC) Sqn and 6 Sqn.
The P8 entering RAF service, will be based here, also with the Typhoon OCU moving from RAF Coningsby in the future. Plus, a future unannounced Typhoon Unit.

The scenery will be to the same, and higher standard, than our RAF Valley release. It will be made for FSX and P3D. Custom buildings, AFCAD, ground equipment and more.

We will keep you posted on the progress, however we don't set a time scale, it will done when its done.

We also can confirm that a long term side project has also begun on another RAF Station, RAF Brize Norton. However, 'Lossie' will be a priority at the moment. More information on that when we can.

Enjoy the WIP screen shots below. Its early days, but progress has been made. Pictures from P3D. 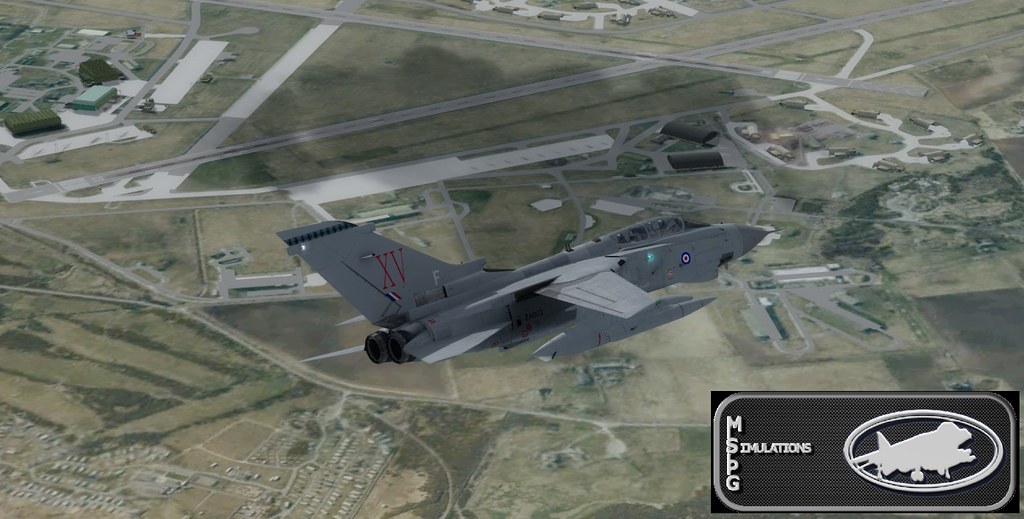 Thanks for the HU Matt.

I'm currently using the UKMIL Lossie which has no pretence at being 100% accurate but is a good stand-in. I get a strange disappearing runway effect which is annoying so looking forward to trying your version on its release

We have found it hard until recently to get any good reference material for Lossie. However, we have got together a huge reference library for the base, plenty of pictures, no letting us do the base fully

The AFCAD is pretty much there. We have the main building in on the airfield side, focusing on this area first. HAS Sites are in, with airfield Nav aid models in, apart from the radar which is being modeled. Also, we are struggling to find pictures of the TACAN, which was moved from Kinloss, so any information would be great. I'm also modelling the ILS kit and building at RWY05 end.

We are pushing to get a WIP BETA out soon, so we can see how people are finding it performance wise etc.

We swapping over to do more work on RAF Brize Norton, as both projects seem to be running in parallel with each other. Currently modelling the A400 Hanger.

More updates as we have it

As reported in another thread, MSPG is still returning "server not found" and no response to my chat entry from last Thursday.
Any news on this please?

We have recently being changing servers, as the previous one was abit lacking. I will speaking to the other person in MSPG who does the IT side of things and get him to look at it.

MSPG isn't dead, just a lot of issues with the server at the moment. Looking at getting a backup Google Drive setup for people get our scenery, repaints etc that way

-Valley is getting a new release soon, but maybe P3Dv4 at the moment. Airfield layout have been update after the re-vamp and a night texture added to the photo tile. Lossie and Brize have also had this added.
-Lossie is progressing well, now looking at the new ops rooms for 1 (F) & 2 (AC) Sqn's.
-Brize Norton is also progress well, AFCAD complete and looking at other buildings on the airside of the base. Mainly thanks for Paul64 for letting me continue with Brize.

Overall, real world has got in the way with an upcoming wedding next year and a new job, but work is still going on.

if it is server space you need, I am happy to give up some on my server.