Seeing all of these screenies reminds me of the term 'suspension of disbelief'. Wikipedia describes it as "intentional avoidance of critical thinking to enjoy a work." You know that MSFS is a computer program, but it pulls you into feeling very real to you. Sadly, FSX doesn't give me the same experience. Looking forward to your continued adventures, Paul.

Cracking screenshots as ever Paul!!

Cheers, Brian. I was talking to a friend this week, who started a RTW trip in the A2A Comanche in either FSX or P3D, but ran out of steam with it, citing the drab scenery as a reason. The terrain on this flight of mine from Jodhpur wasn't terribly interesting, but that was only because it looks that way in the real world. Therefore...it's not uninteresting, because that's the way it is in reality. Bit of a convoluted way of putting it, but you get what I mean.
https://rationalwiki.org 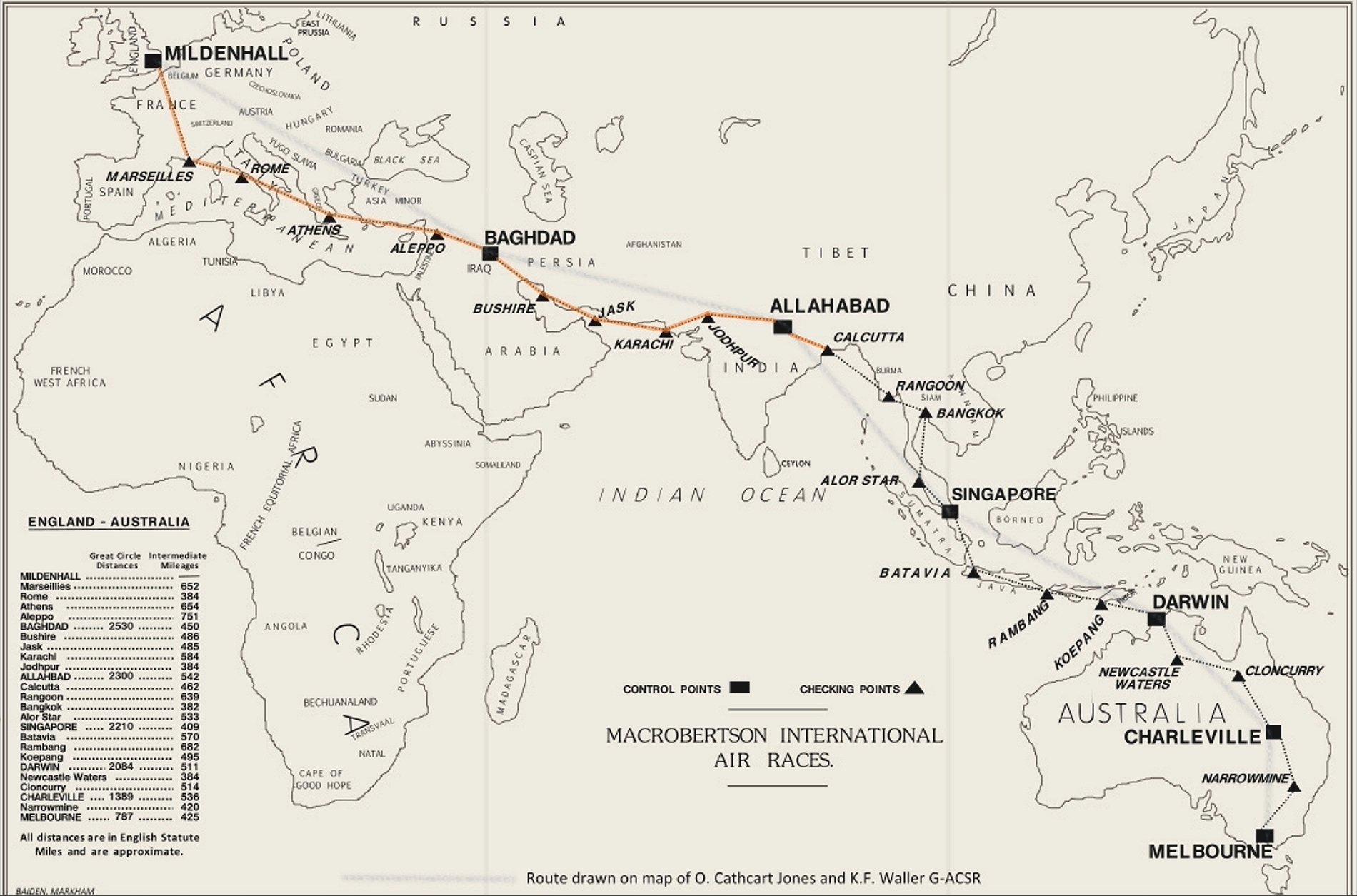 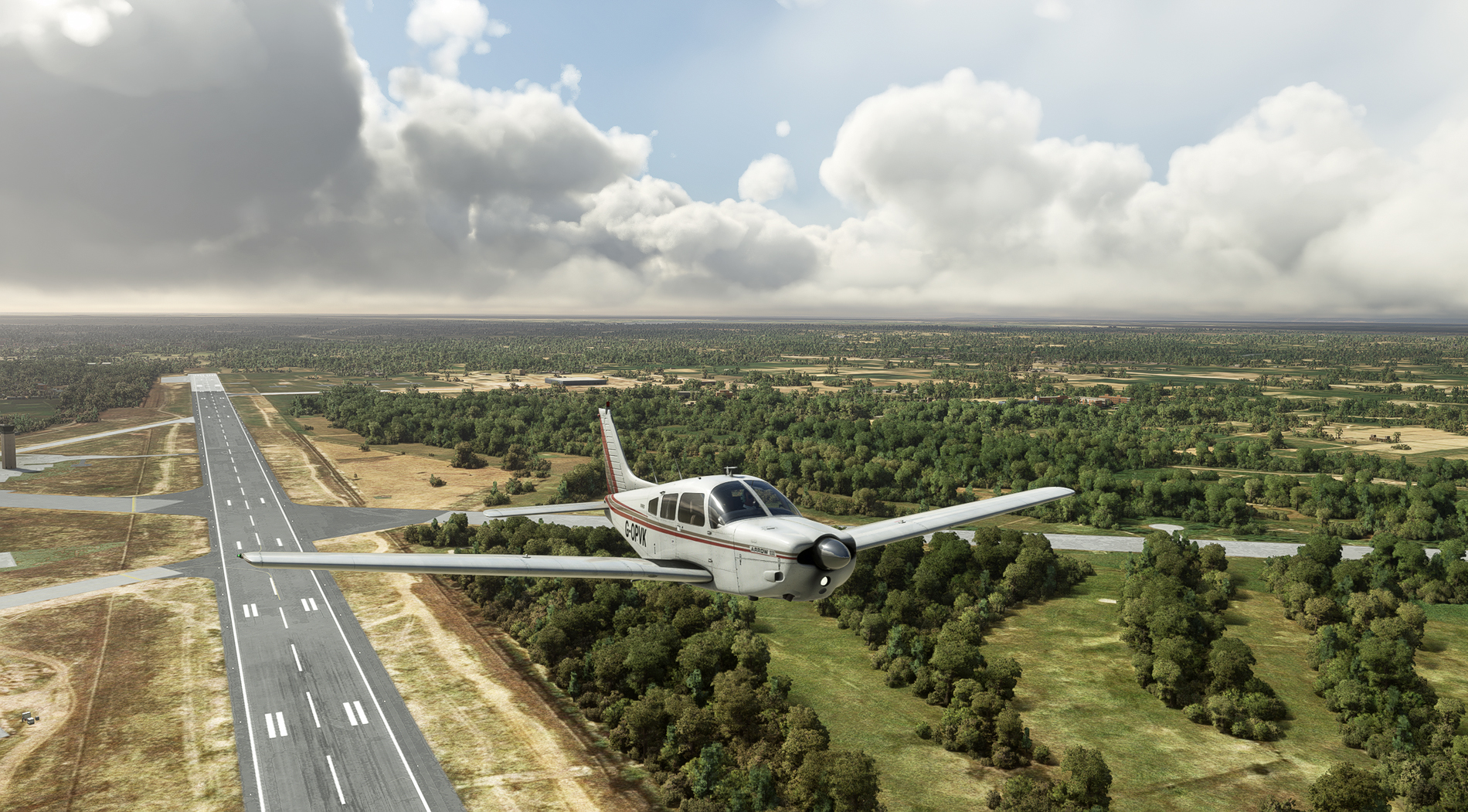 Turning onto heading 109, using the ALH VOR. It's a terminal VOR, and so of limited range. Unfortunate, because looking at the weather ahead, it's not the best day for VFR flying. Still, that's what simming's about, and at least the Ganges is a more natural colour this morning: 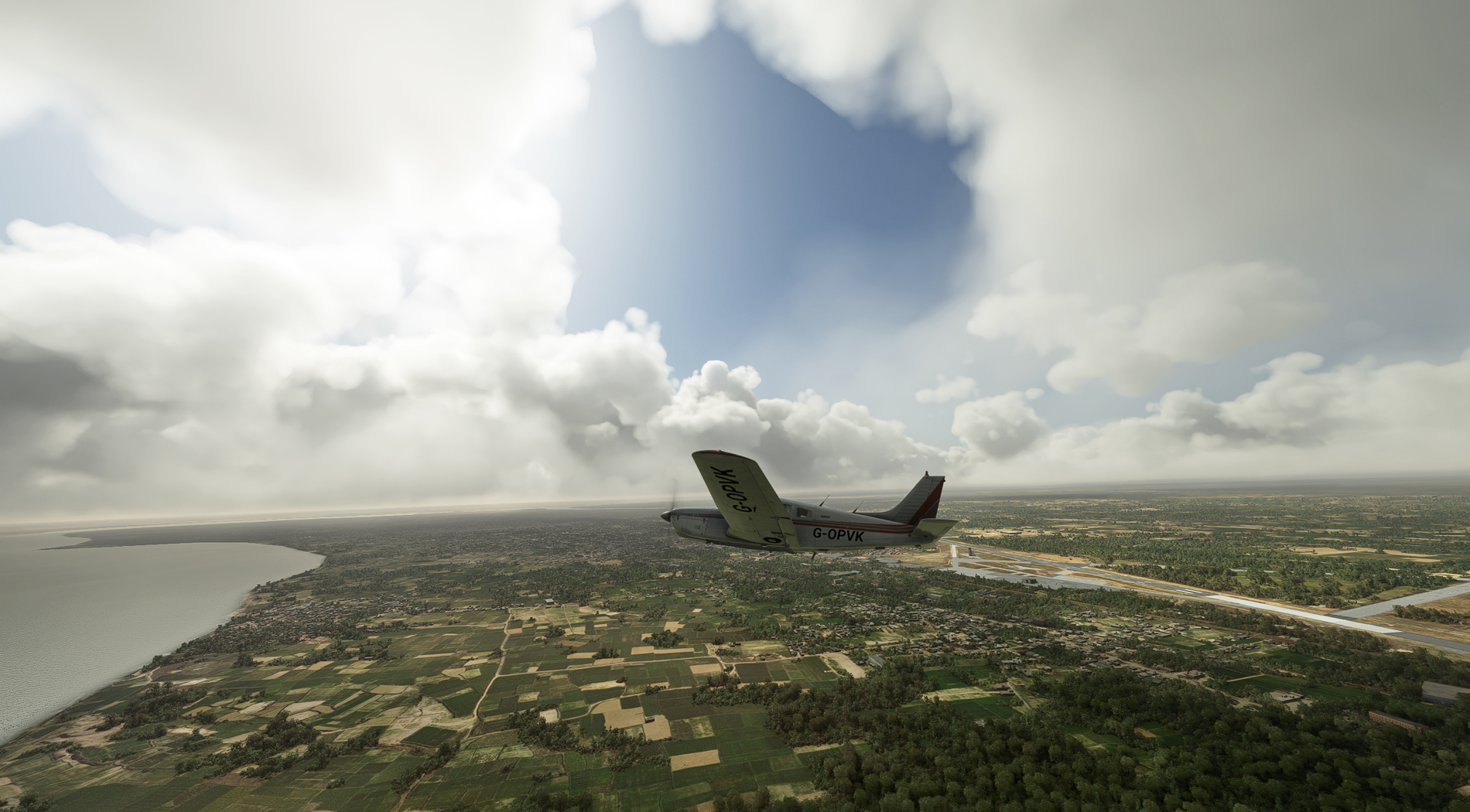 Straight into the clag. That's the double-deck Old Naini bridge down there, built in 1927, with railways on top and roadway underneath. The newer road bridge beyond can just be made out, and both cross the Yamuna just before it joins the Ganges: 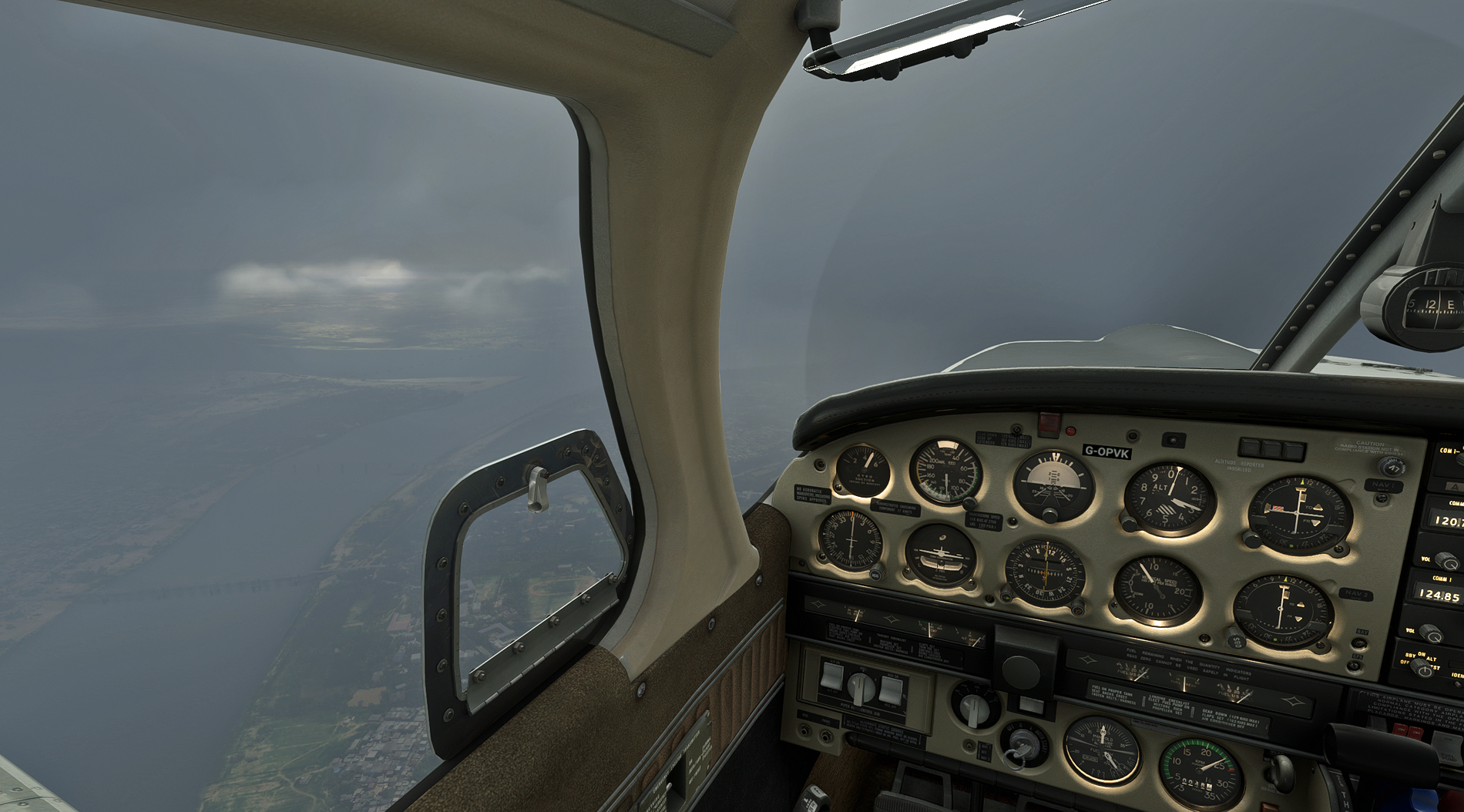 The ALH VOR signal fades away after about 37 miles, but there are plenty of distinctively shaped lakes to navigate by - as long as you get some breaks in the cloud and rain: 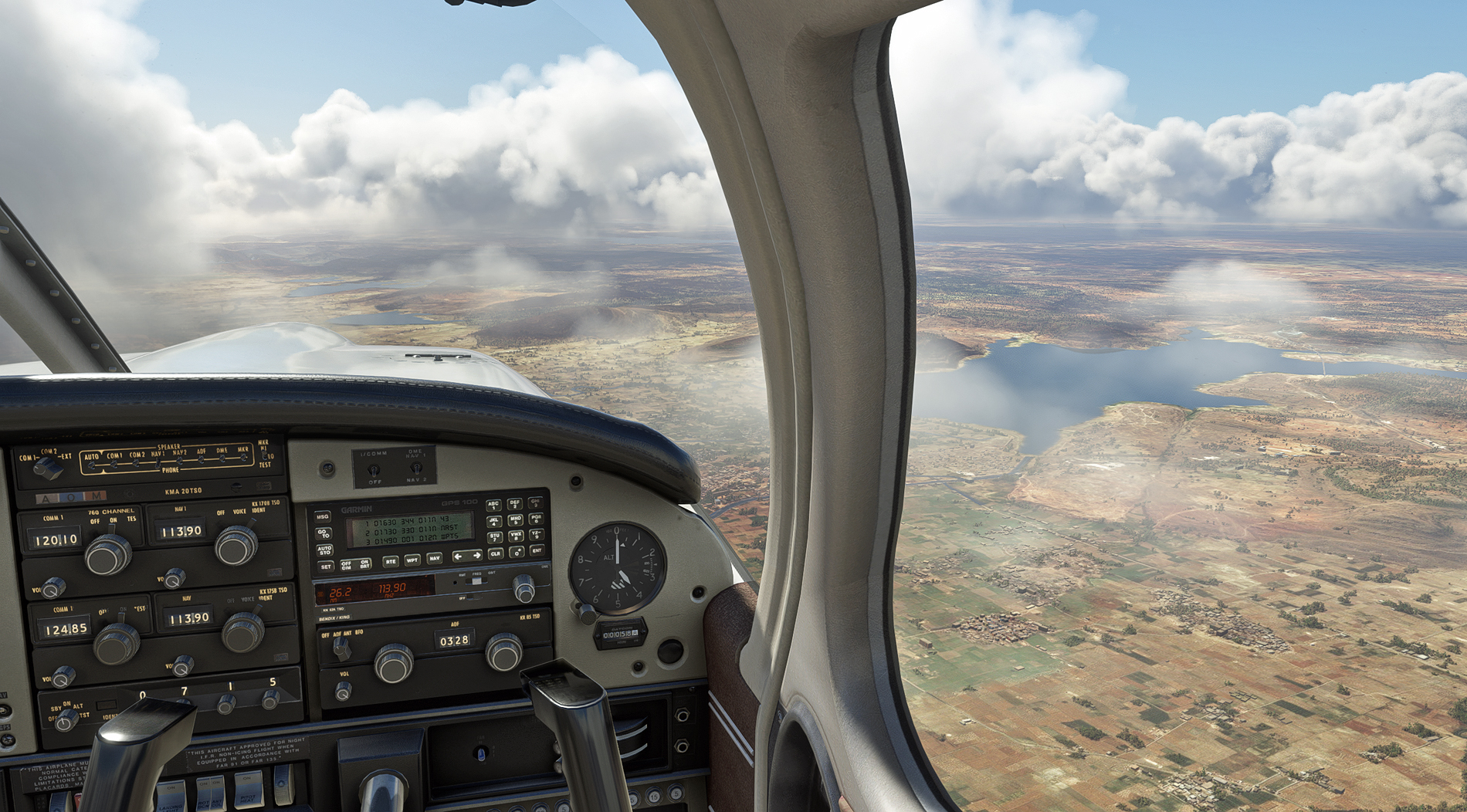 Squeezing in between the cloud and hills - no nav aids available, so it's Mk.1 Eyeball: 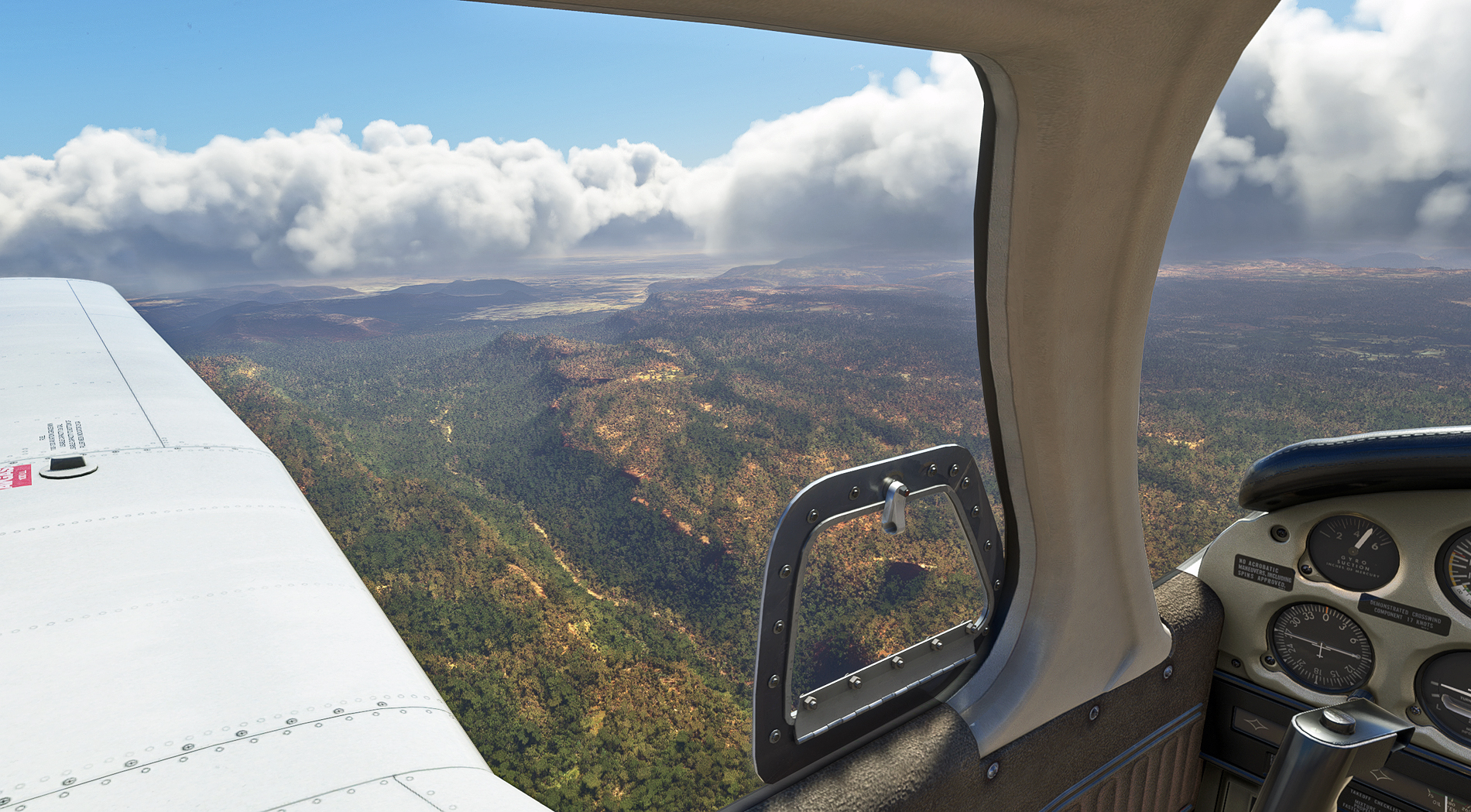 Over the River Son at Banjari. Sunshine and showers, as the weather man says: 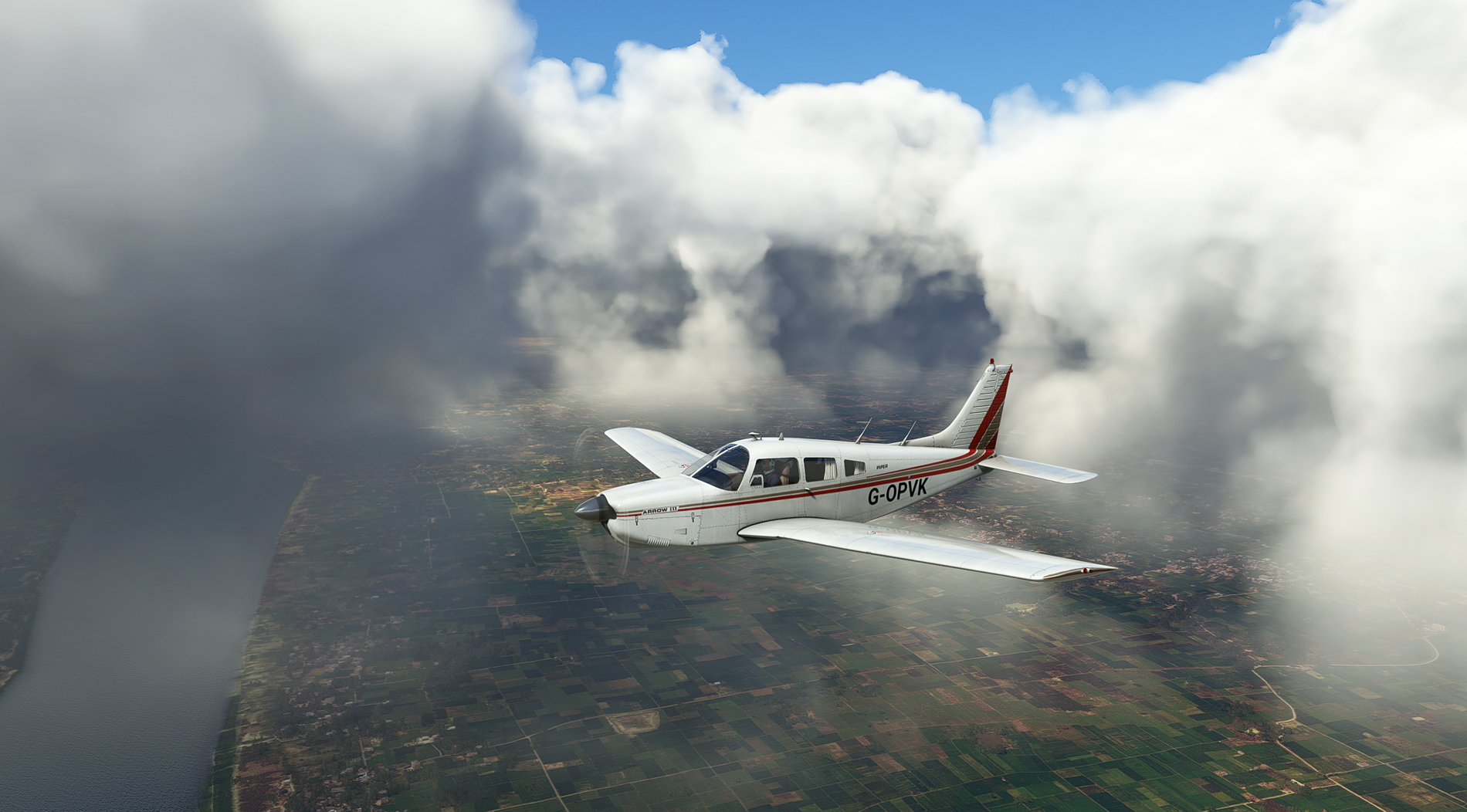 The River Morhur is joined by its tributary, the Sorhur, at Imamganj in Bihar state - very distinct on Little Nav Map, and a useful visual fix: 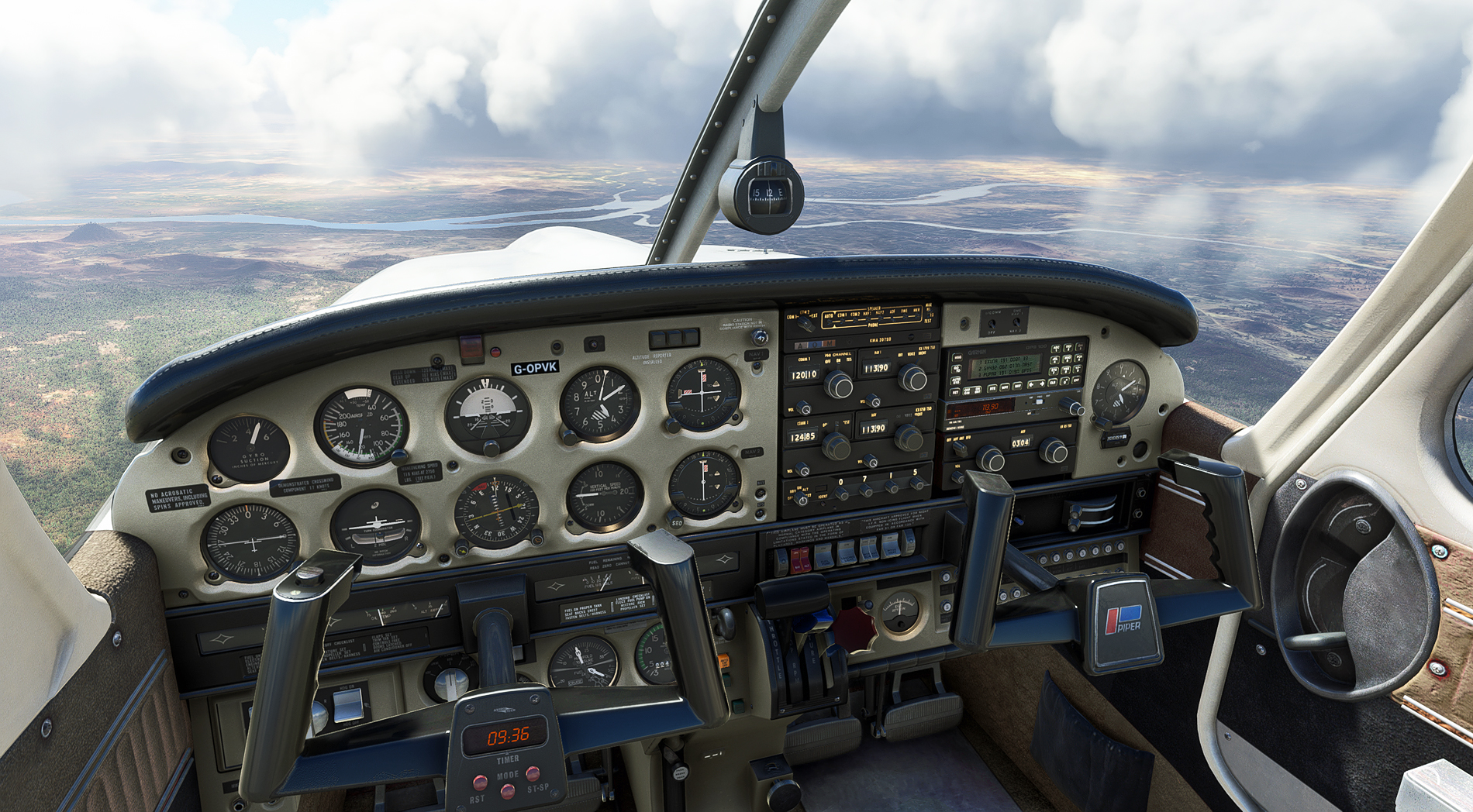 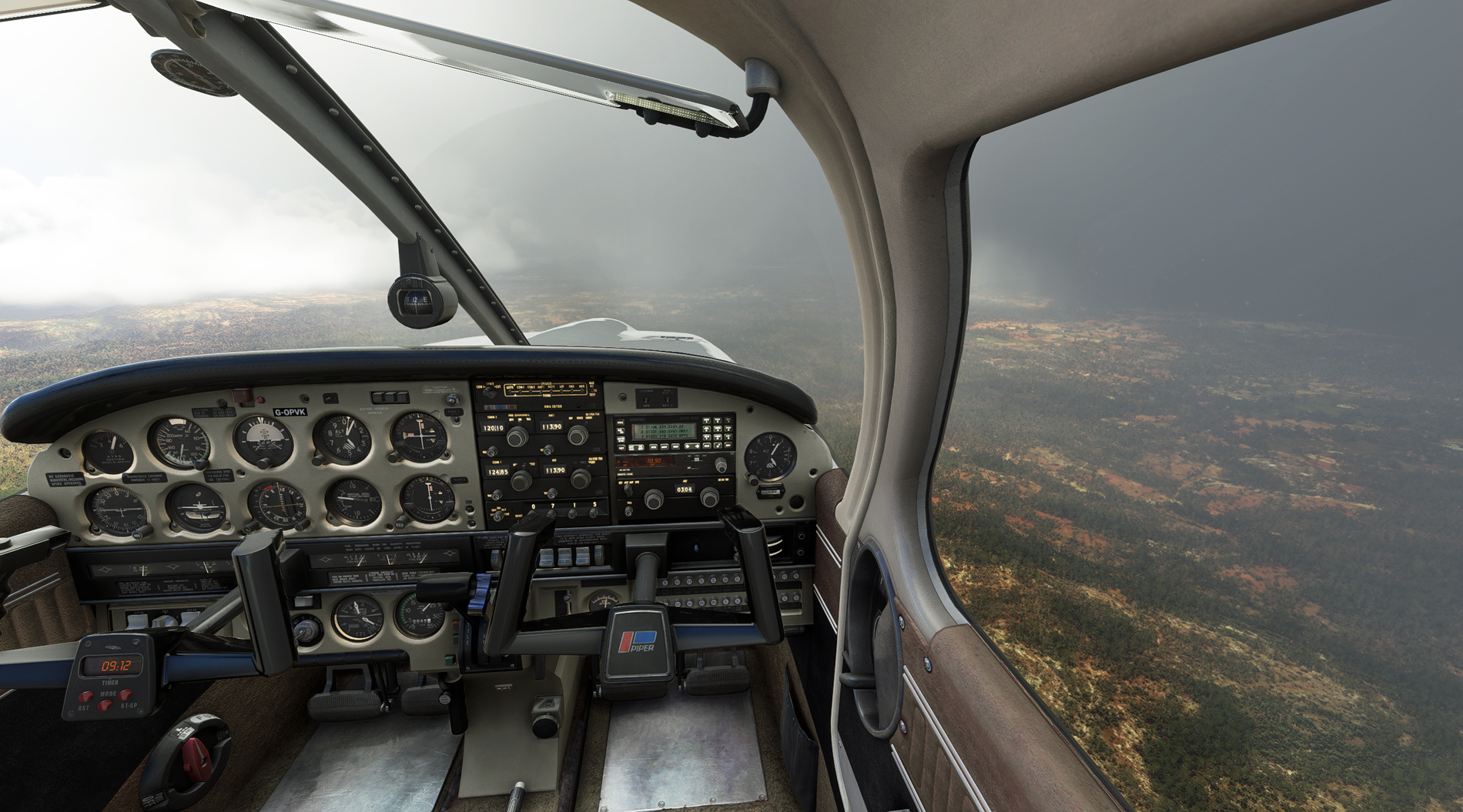 Just in case, I did an instrument approach to RW 19R. With a crosswind of 20 knots at 270 degrees, I side-slipped in with my lovely new rudder pedals: Parked at Calcutta airport. Amelia Earhart and Fred Noonan stopped here on their fateful attempt to fly round the world in 1937. During WW2, it was an American B-24 base, attacking the Japanese in Burma. Ironically, its official name is now Netaji Subhas Chandra Bose International Airport. 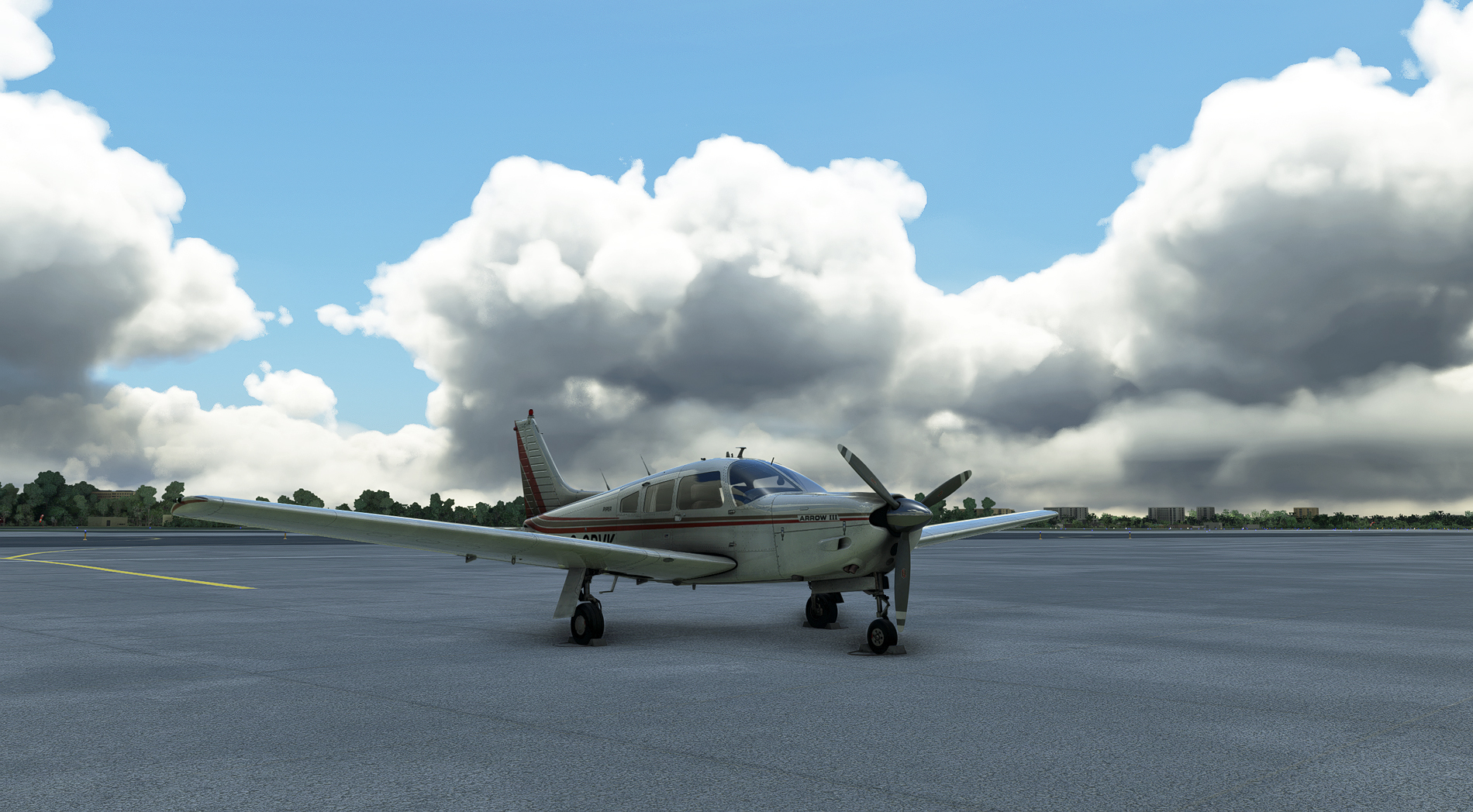 My passage over India is done. Burma and Rangoon next - the start of south-east Asia.

Clearly nothing wrong with your mk.1 eyeball picking out that second bridge over the Yamuna

the shot over the hills is superb.

DG has tweaked the fuel flow and the Hunter is behaving in a much less environmentally sound way now. Just arrived in Alepo

Absolutely right, too. The only thing green about the Hunter should be the paint that goes with the grey on top.

That picture of the hills - it was another 'MSFS moment'. The ravine dropping away, with the light brown track threading along the bottom, gave me a feeling of altitude - the sense that I was high up, above the earth. A fleeting sensation, but it's something I get a lot in this sim. 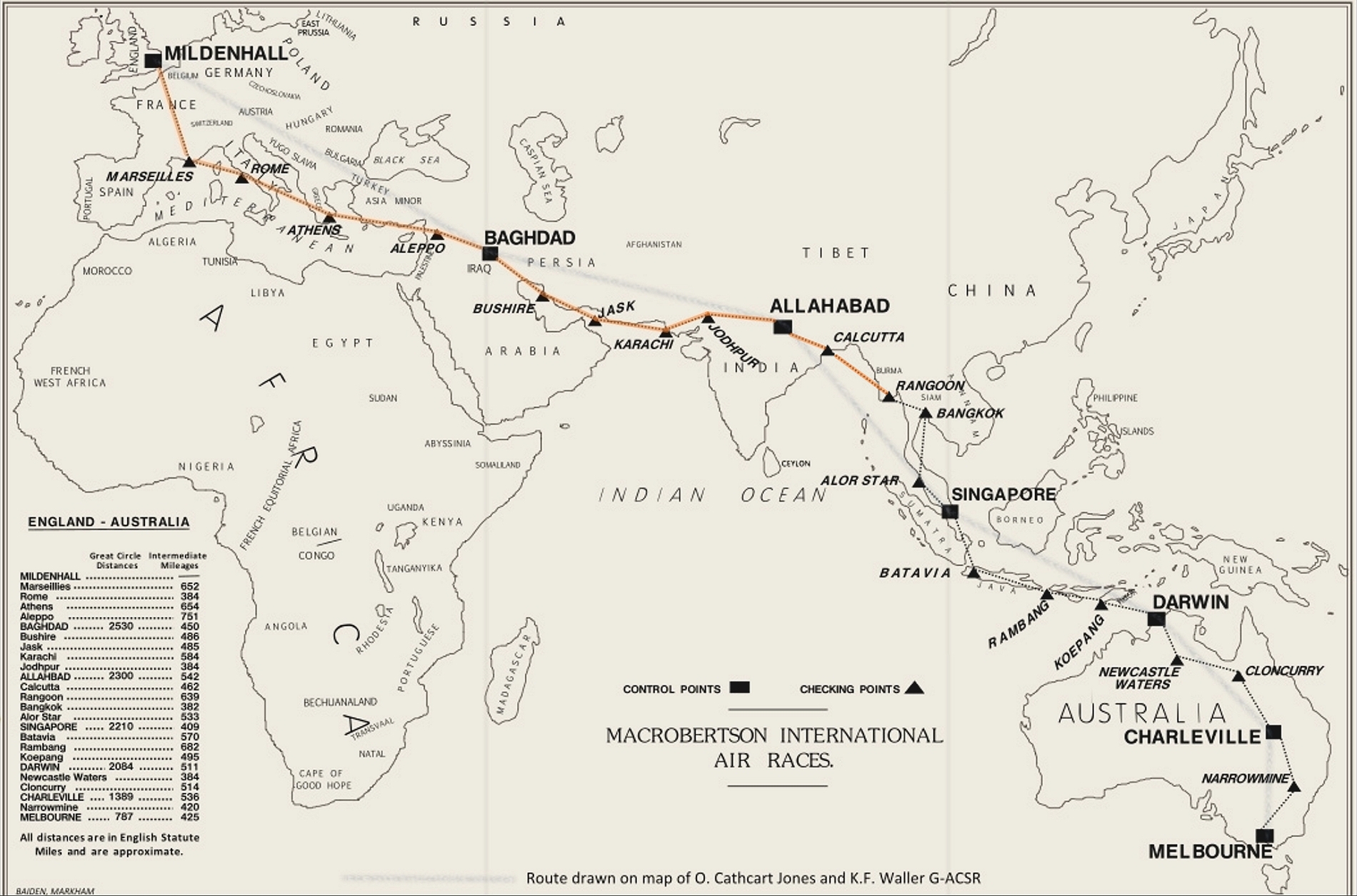 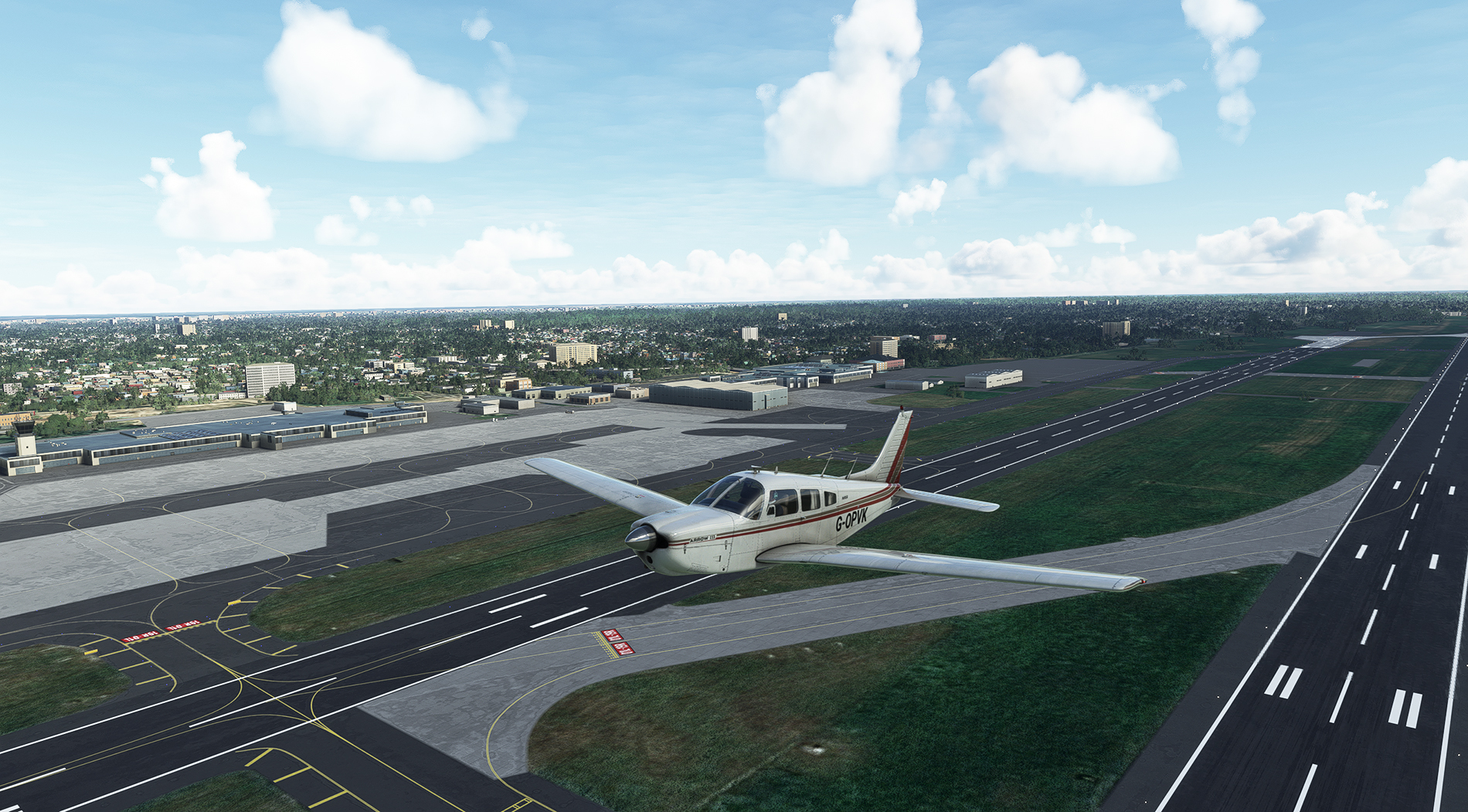 A quick tour round Calcutta, with the Hooghly in view - a famously tricky river to navigate for those ships coming upstream: 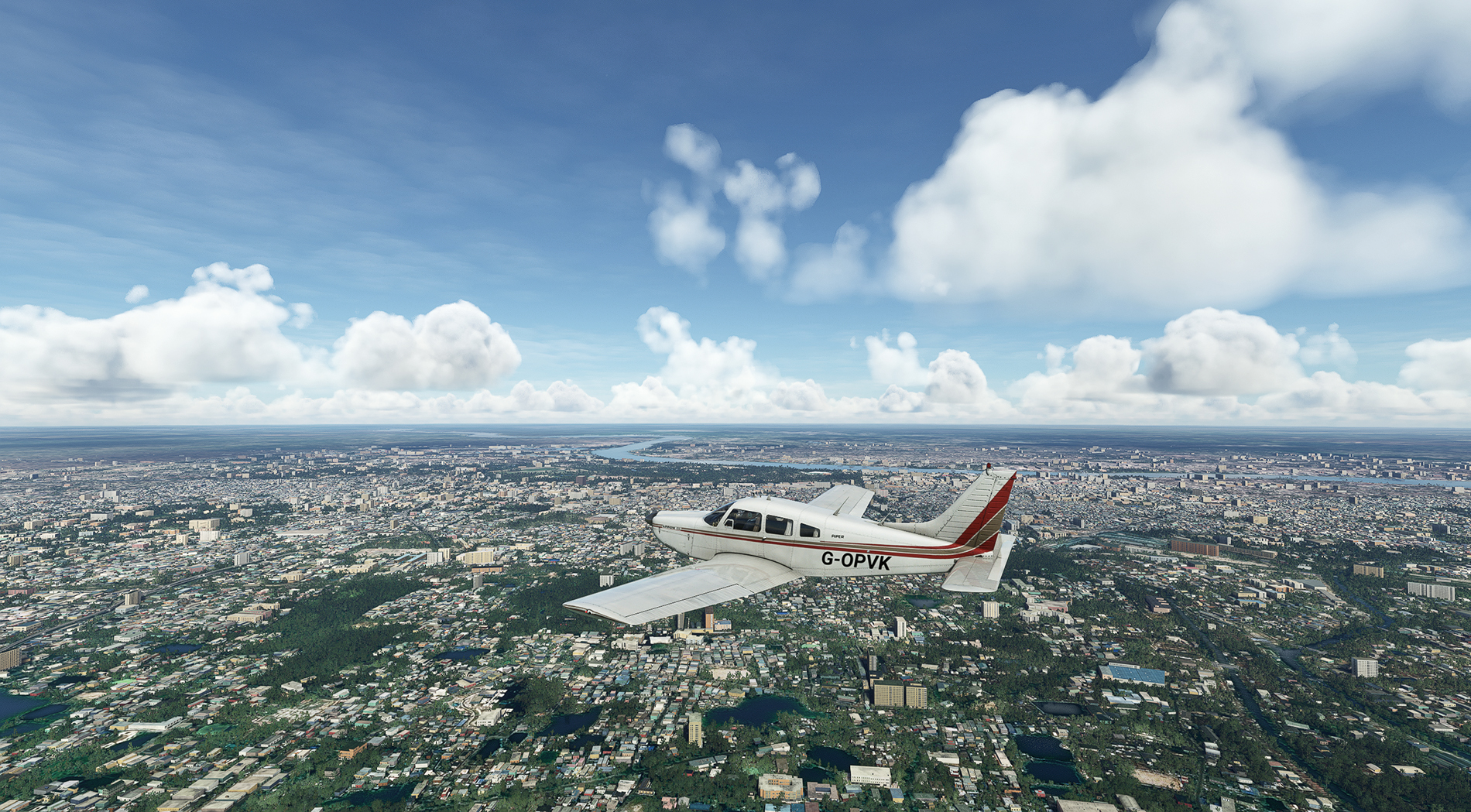 Over the River Ichamati, which forms the border between India and Bangladesh. Note the change in water texture in the river on the left. Don't know how that's happening, and it's not the last time I'll see it on this leg. 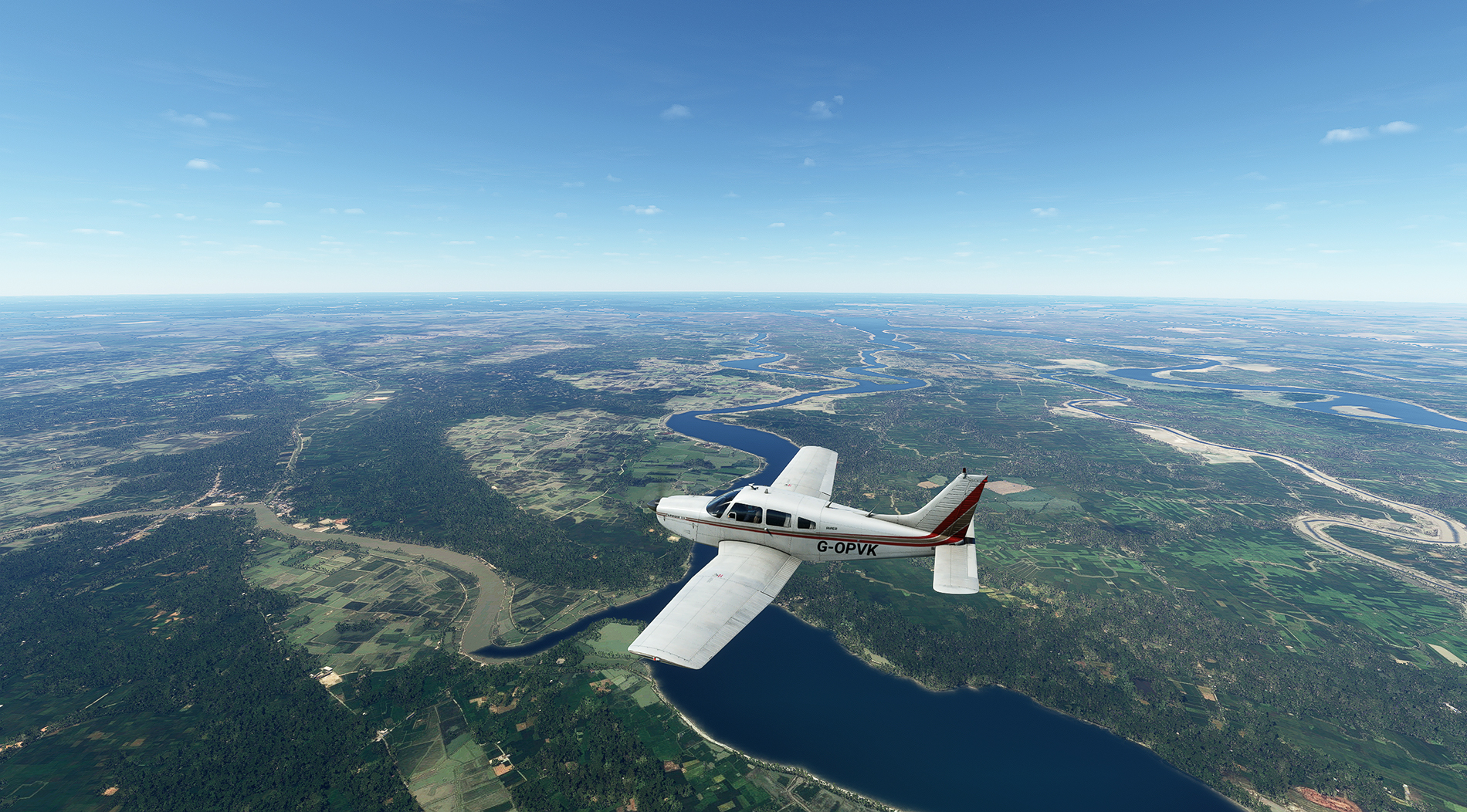 The River Harihar ahead which, like the Hooghly in India and Ichamati, is a distributary of the Ganges, heading to the sea. This whole delta area, from the Hooghly to the River Meghna in Bangladesh, is referred to as 'The Mouths of the Ganges'. 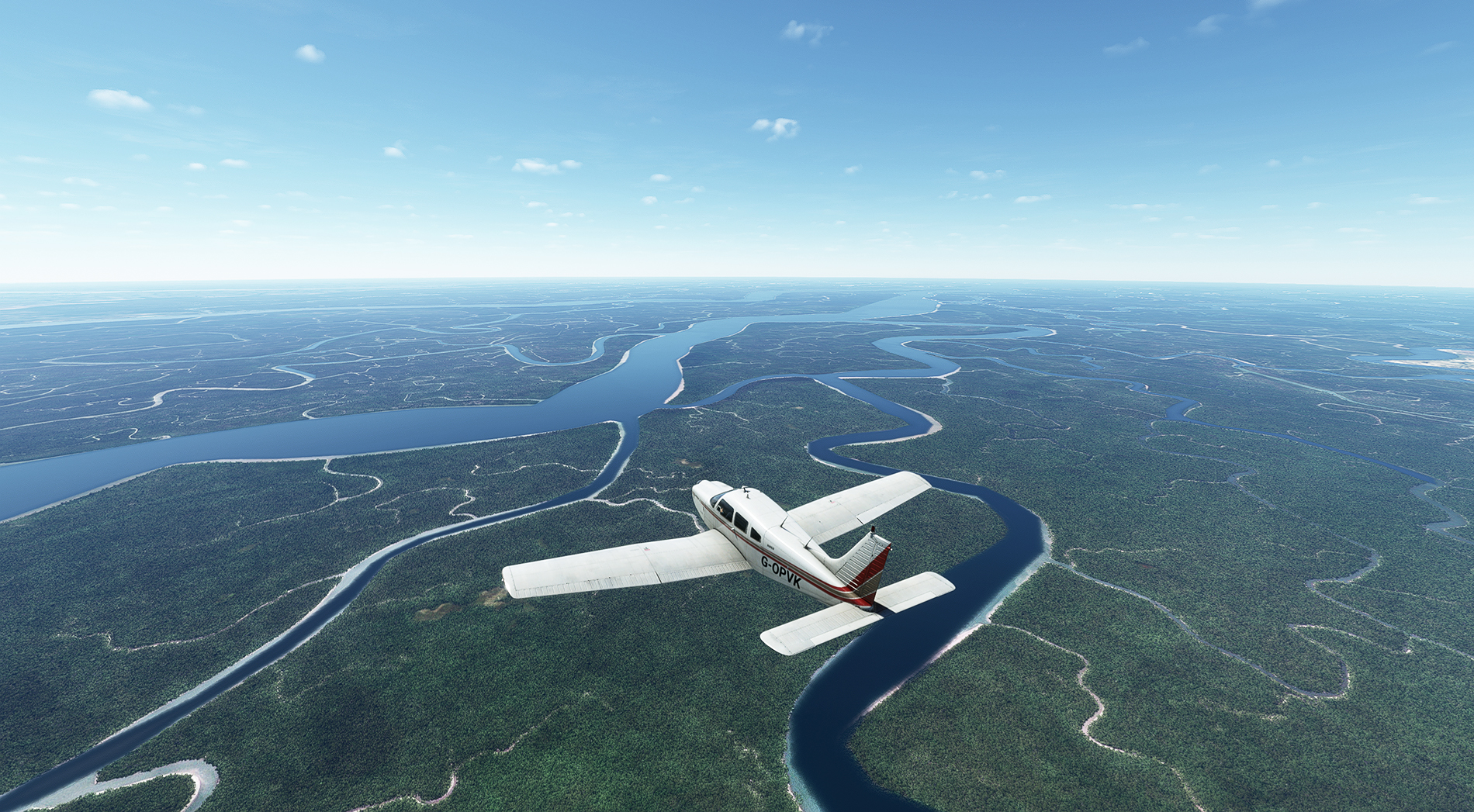 Heading out over the Bay of Bengal, with more strange texture changes below and behind: 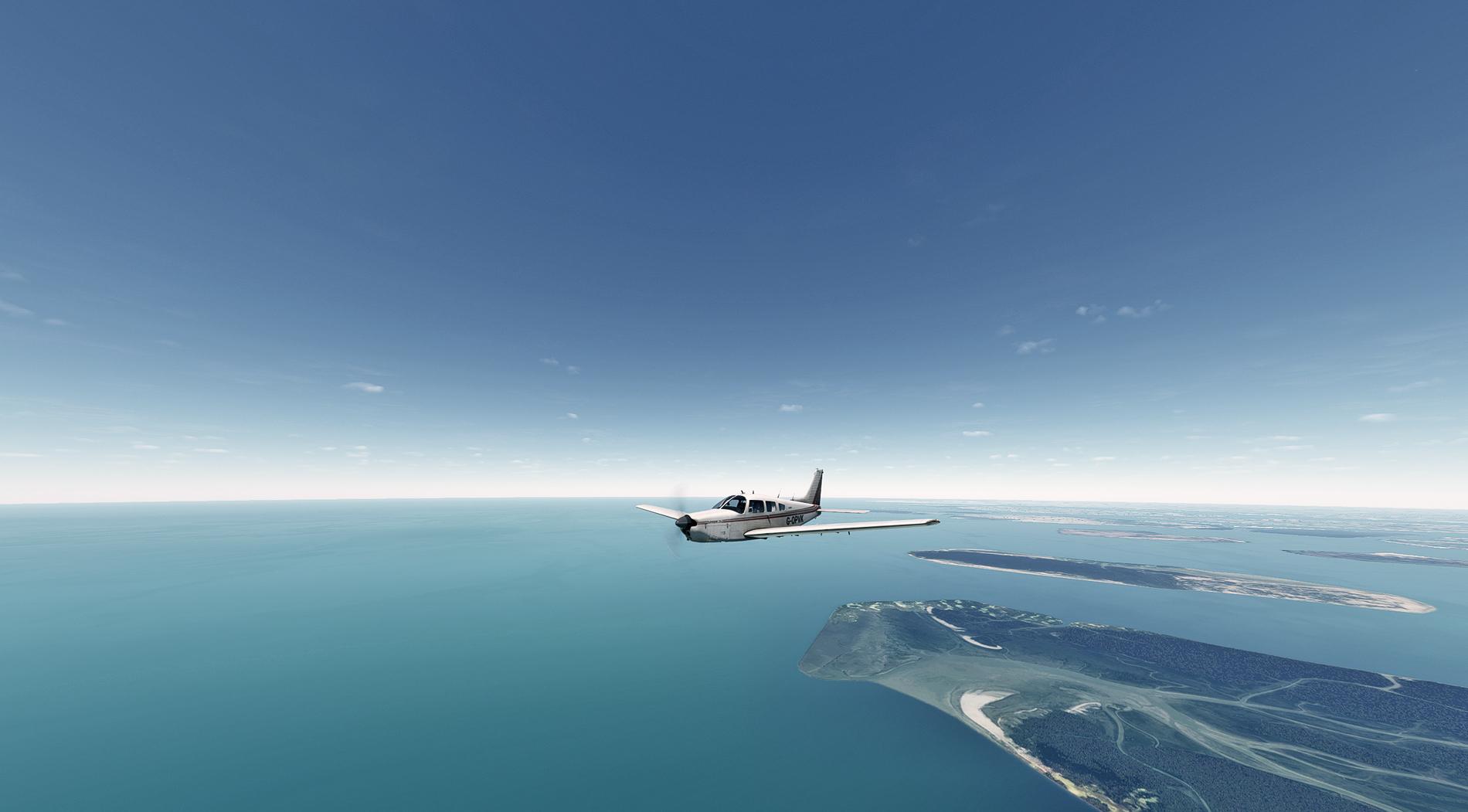 The airport and town of Cox’s Bazar in Bangladesh - an unlikely sounding name for this part of the world, so here's a link to find out more about Captain Cox:
https://en.wikipedia.org/wiki/Hiram_Cox 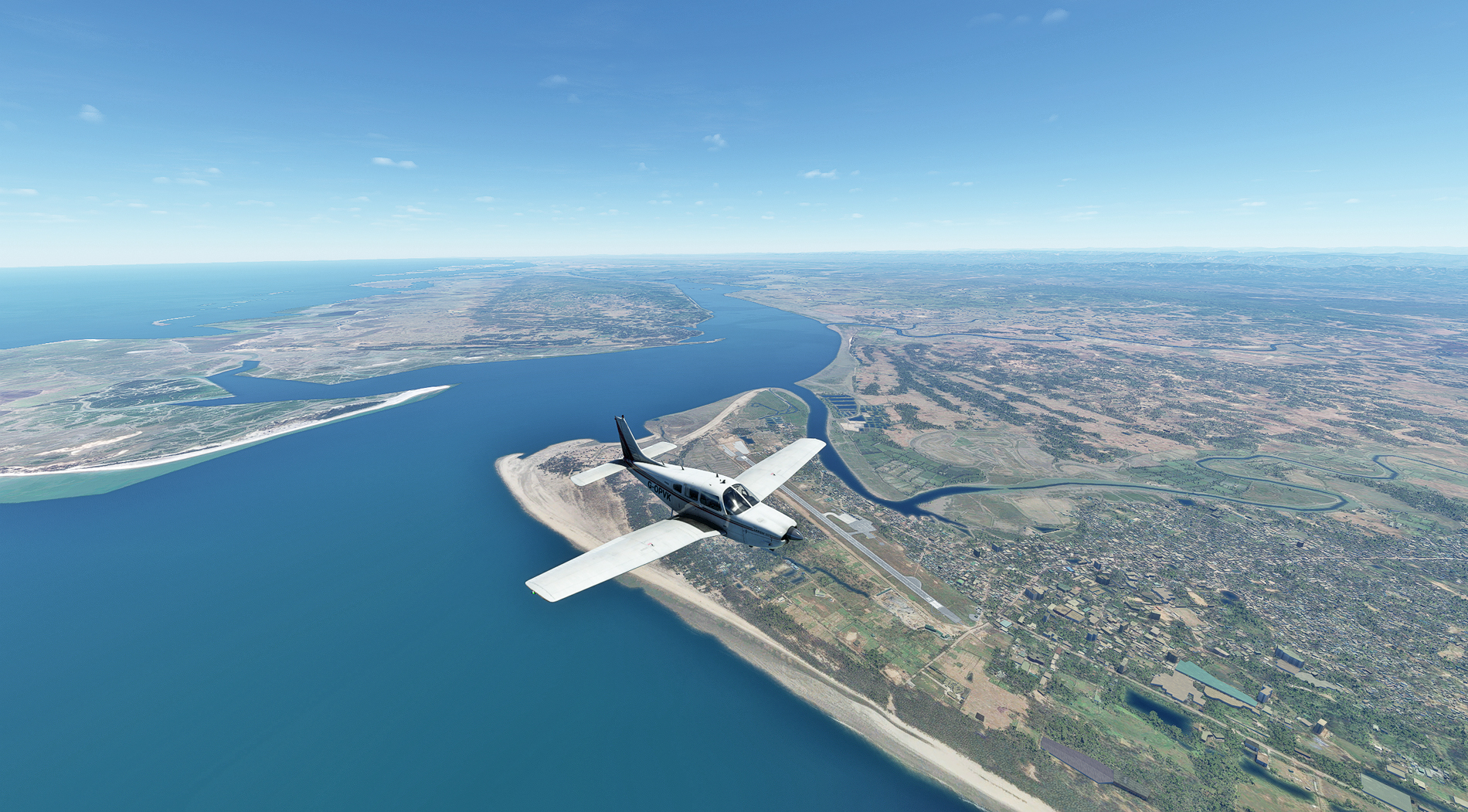 Across the border into Burma, with Arakan below - this region saw heavy fighting between the Japanese and the British & Indian armies in WW2: 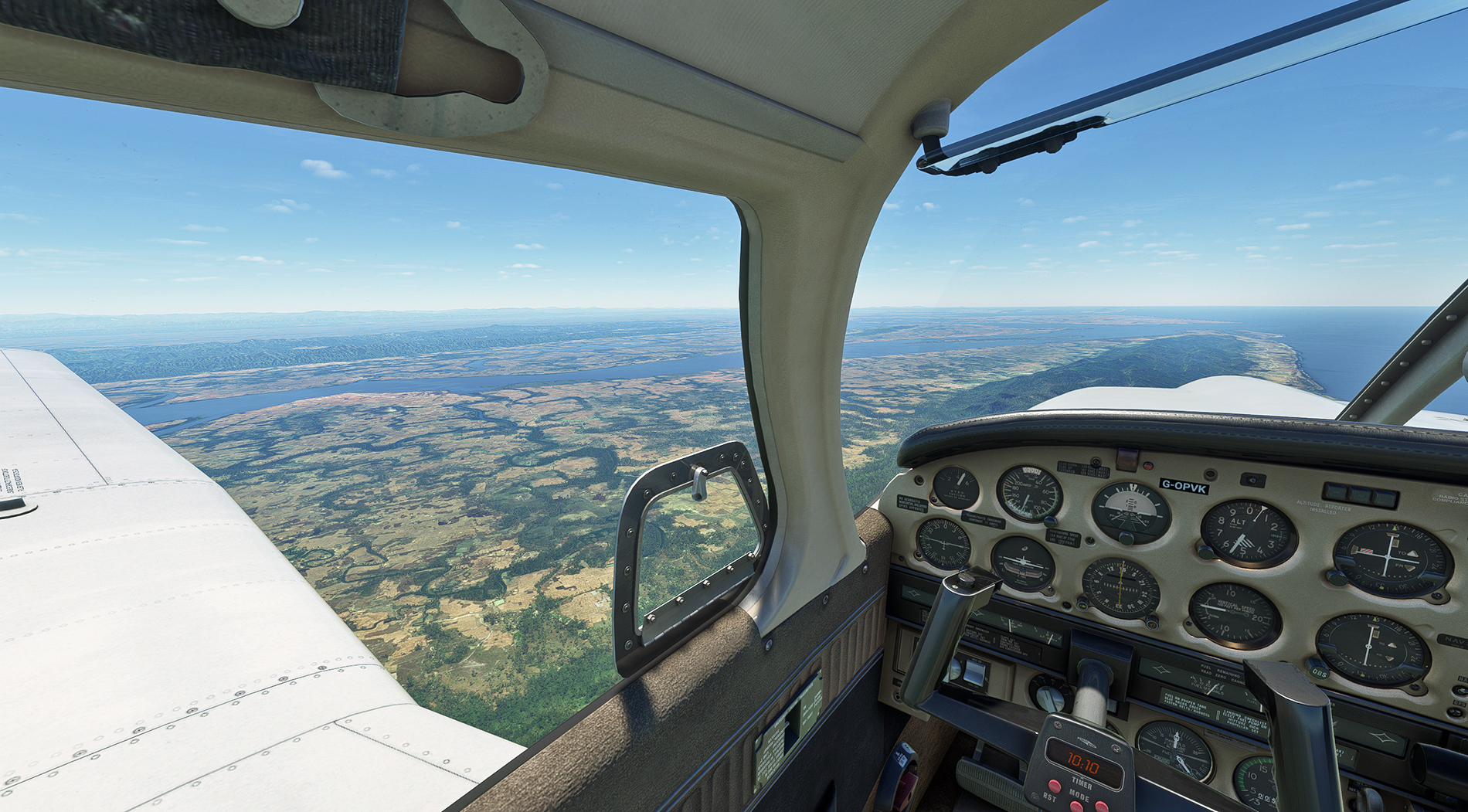 Heading inland, over the Arakan mountains: 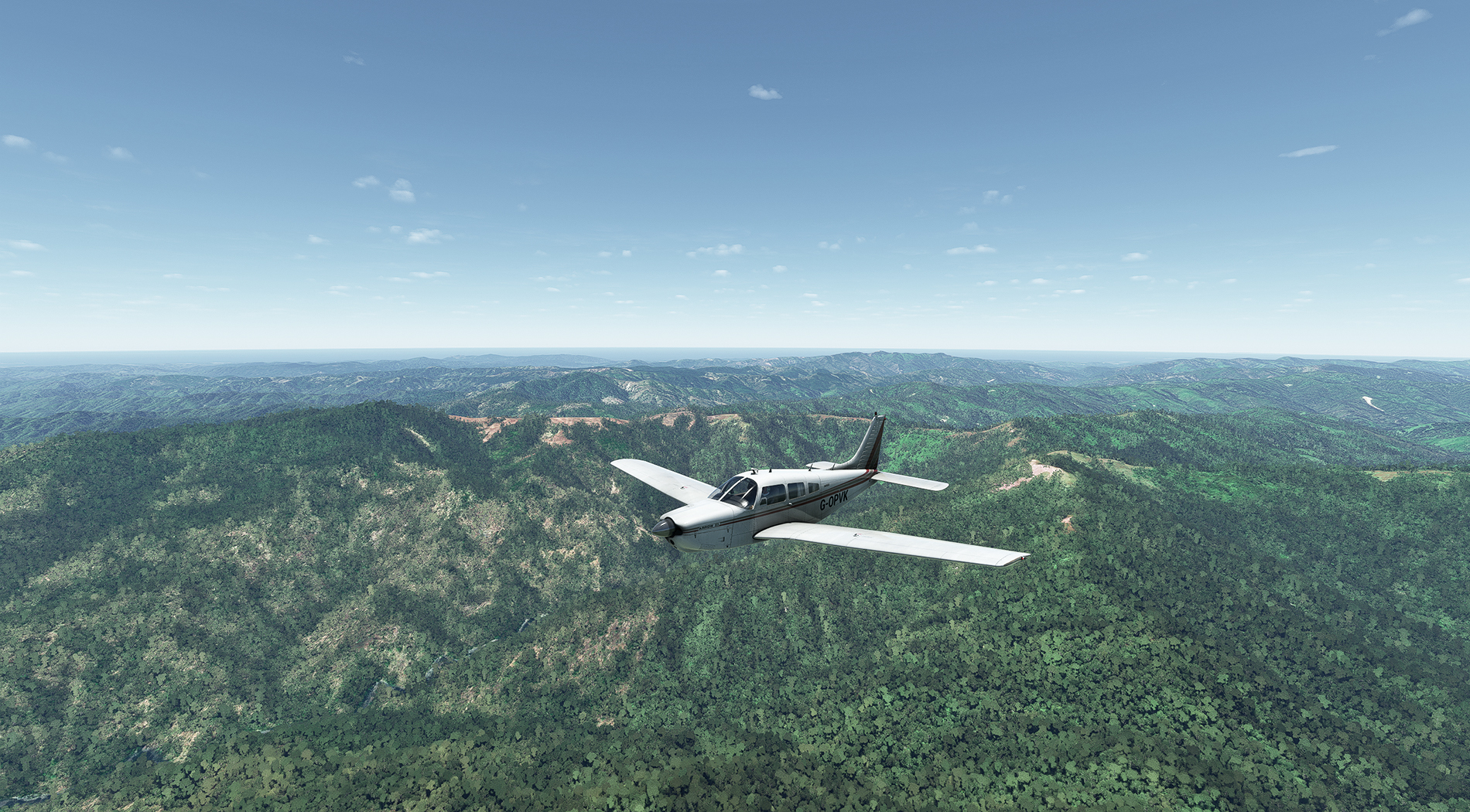 The Arakan mountains behind, and now over the Irrawaddy basin, in central Burma: 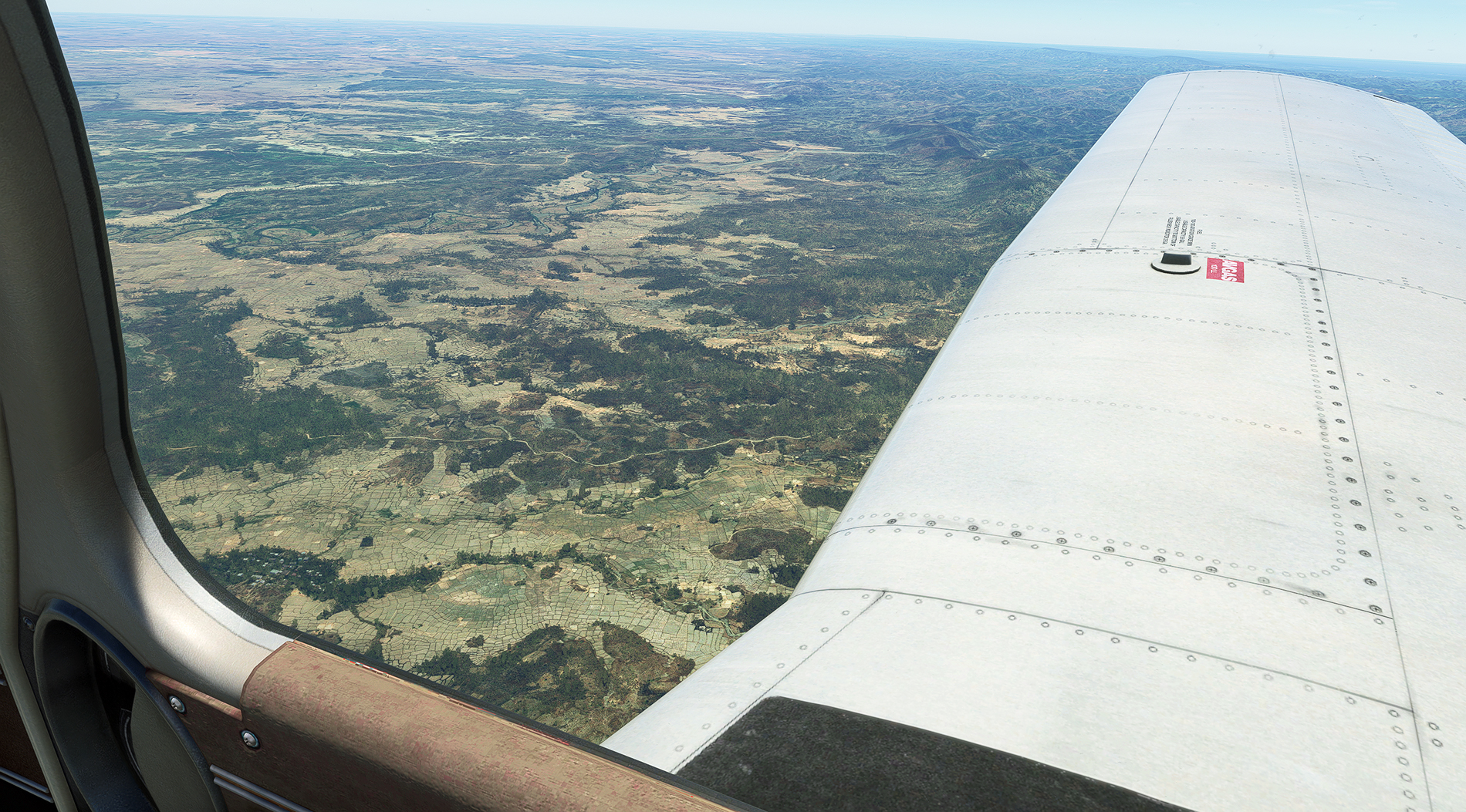 Another of the world's great rivers to add to the collection - the Irrawaddy. Who remembers their school geography lessons and can identify the water feature seen nearest the camera ? 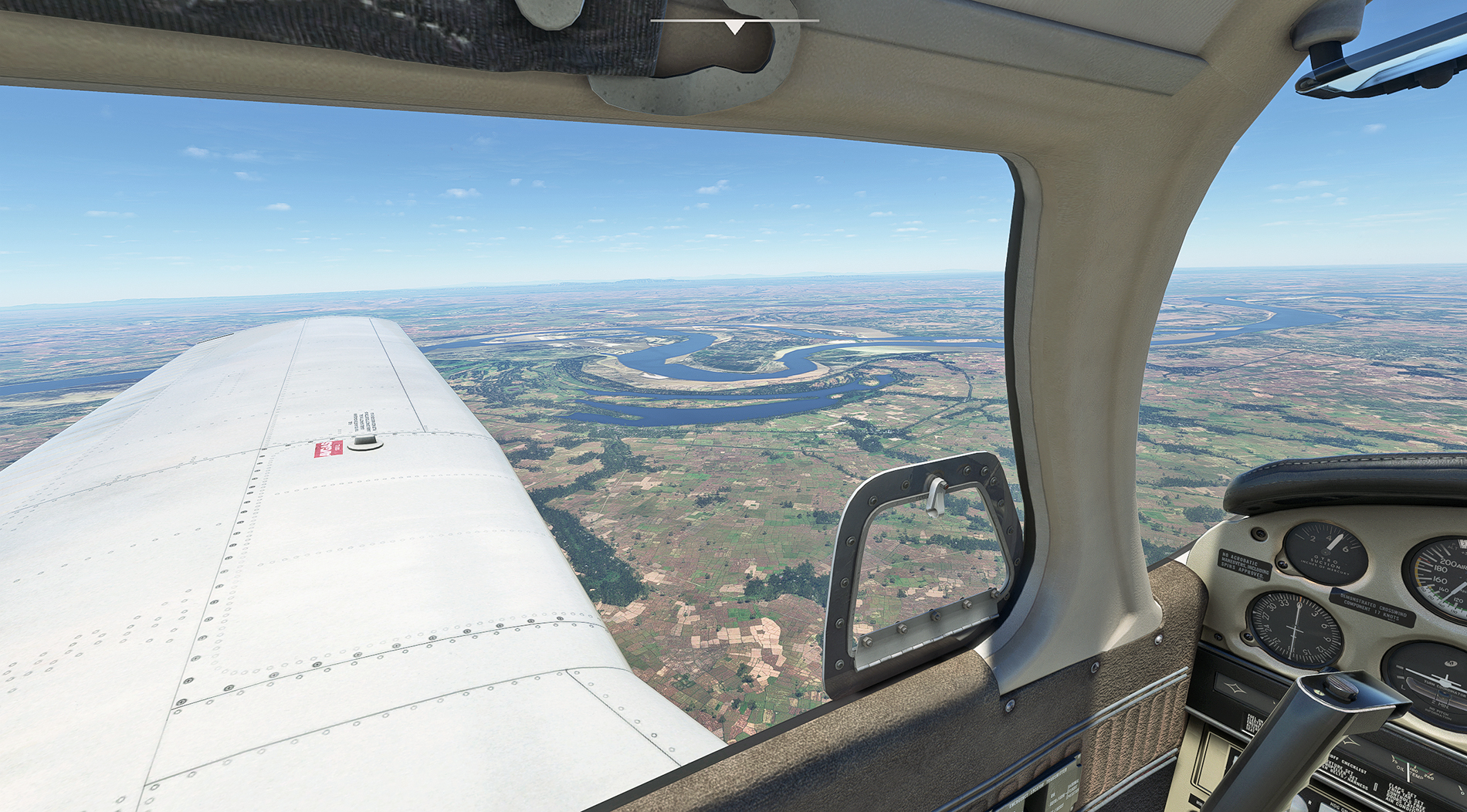 Rangoon, and the golden Shwedagon Pagoda just above the nose. Not brilliant, but the only Rangoon enhancement I've found: 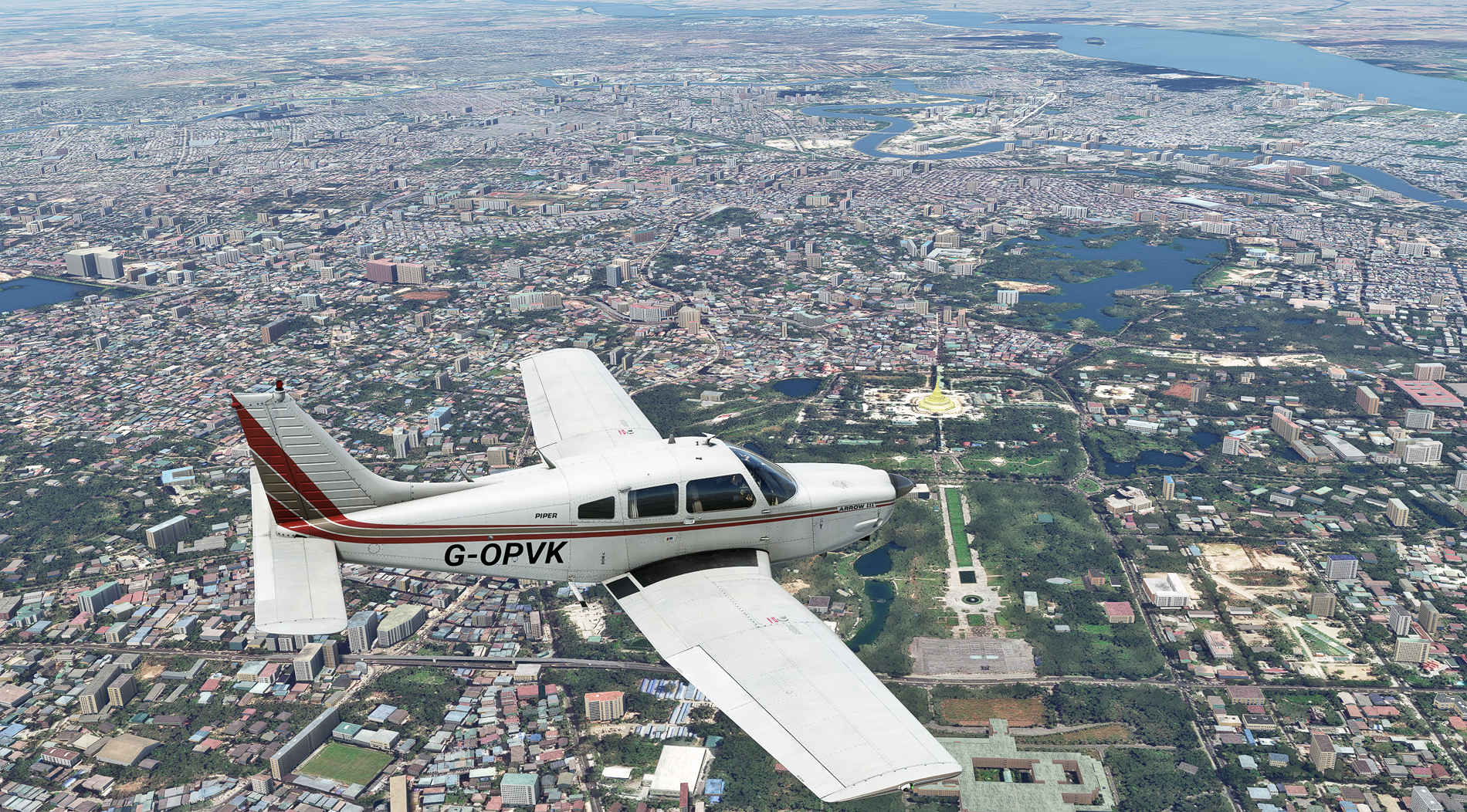 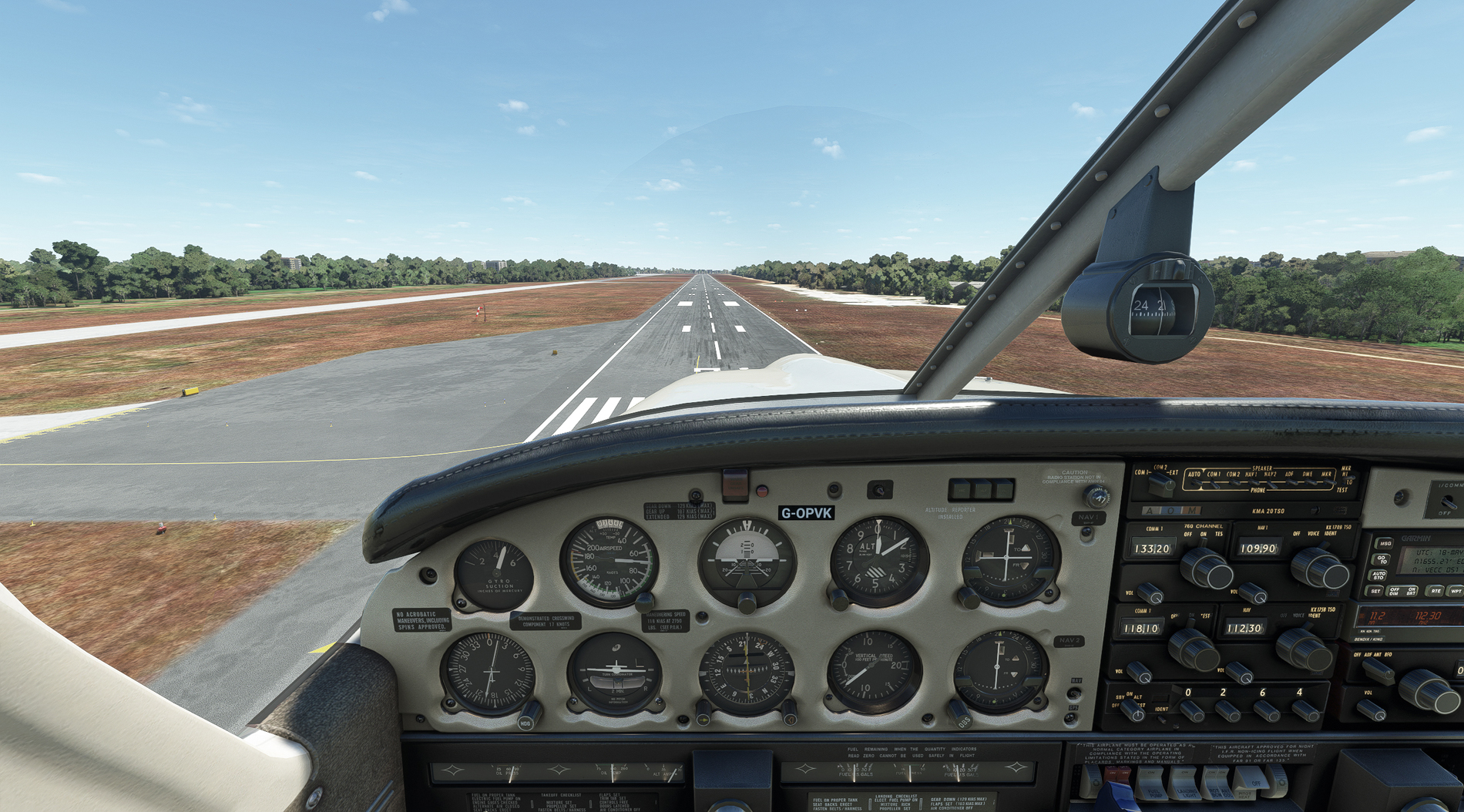 Coming to a stop at Rangoon. In terms of numbers of legs, this is the half-way point. 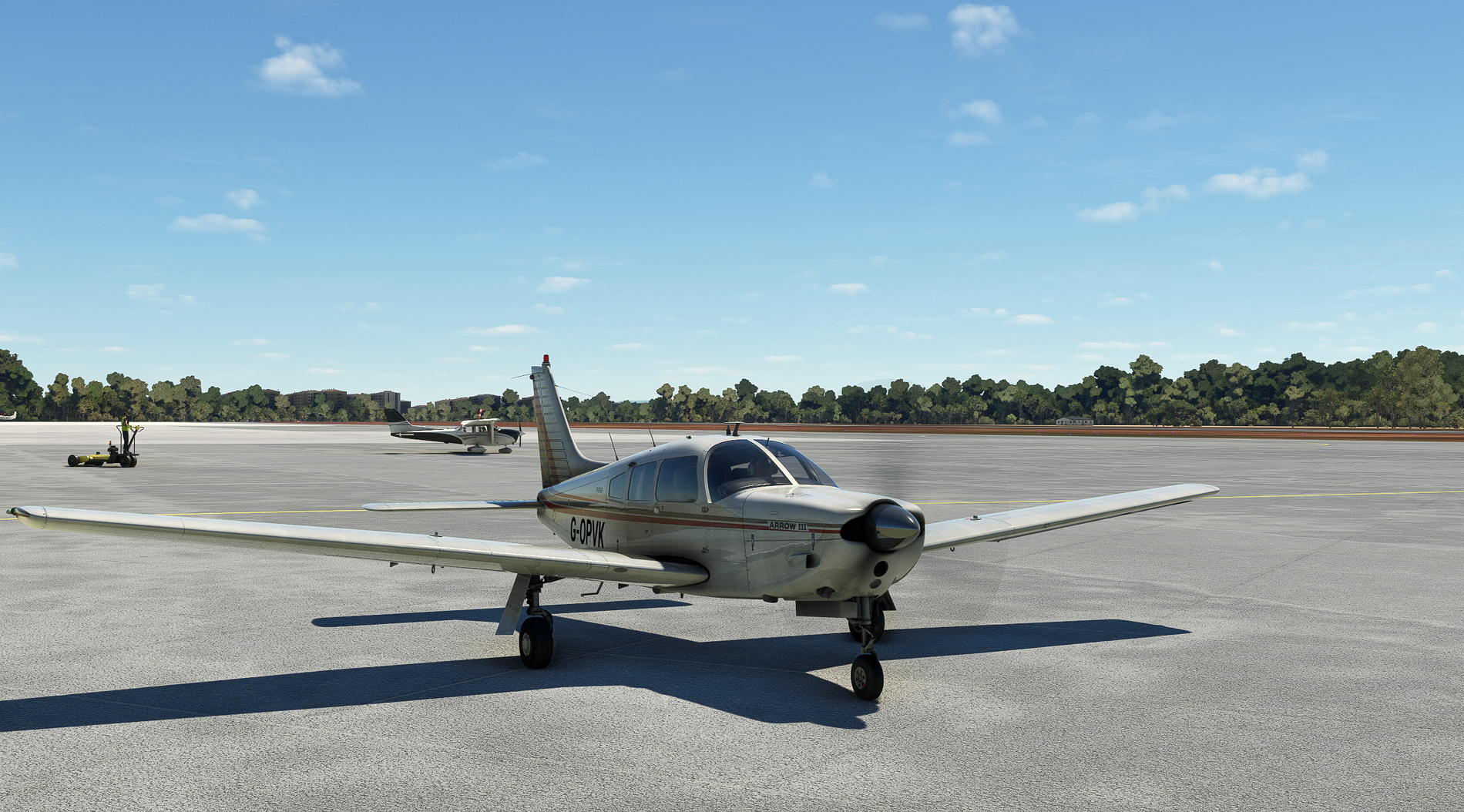 There were numerous terrain graphics oddities on this leg, and I wonder if it's due to the lack of reliable data and/or aerial photography, what with shifting river courses and Burma being what it is.

Great shots again Paul There are oddities with the scenery if you look for them. Could be satellite imaging or lack of. I wonder how the imaging deals with cloud cover? I sometimes see darker areas which seems out of place with the surrounding scenery, which could have been in cloud when the image was taken

Thanks, Dale, and Oxbow lake it is

Everyone remembers that one from geography lessons.

Regarding graphics glitches, I can't say I've noticed anything up until this last leg. This was the worst one, over the Irrawaddy: 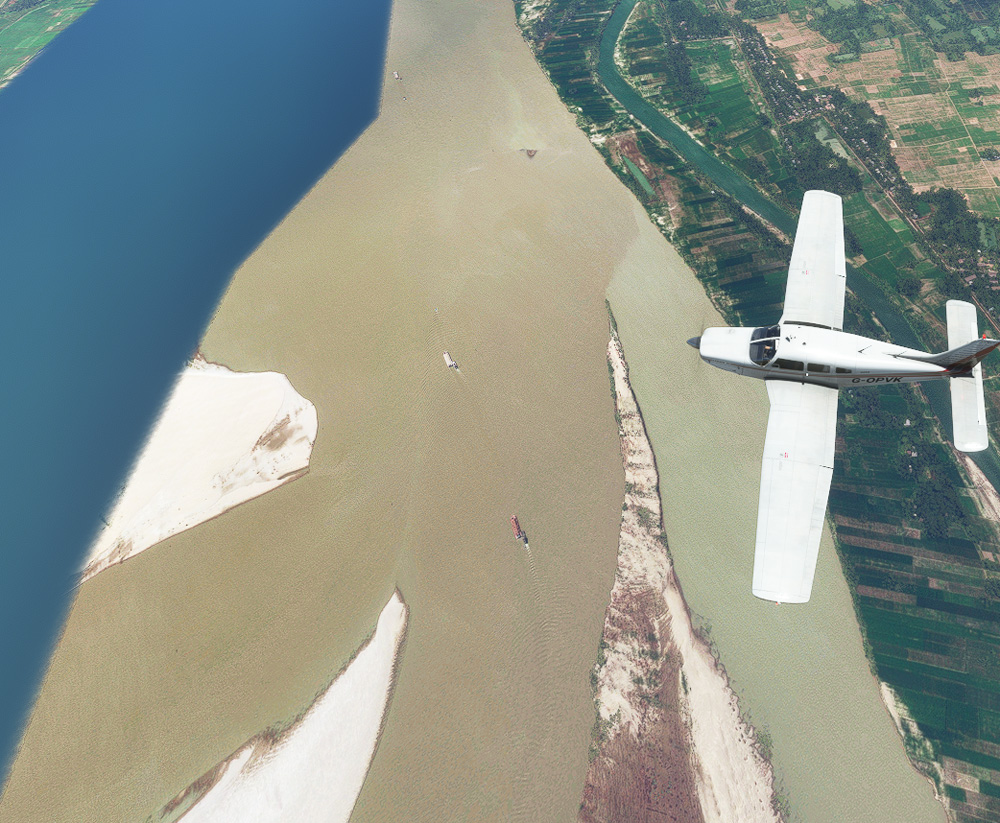