Re: Classic British wish-list for MSFS 2020

..Best plane ever made.. Not sure if you guys know but there was a movie made in 1983 Titled Dragon Rapide, about a couple of soldiers and their Dragon during the Spanish civil war.. Not sure how good it is. Gotta wait till payday to see it..

Afraid I got in a wee bit of a hurry as well.. Your original FSX Rapide was a masterpiece, and well, I was in a hurry to fly it.. The original flight model is all there. I think that there are perhaps three values which have to be lightly adjusted after porting. It's hard to tell when it flies that good.. I'll most likely move that flight model over too the new MSFS 2020 version and then just double check that it matches all the numbers.. Like I said, I love this plane, and I love what DaveG and Rick Piper did too it when they created it.. This new MSFS version looks amazing and since I have the original flight model already converted, I;ll just pull it over too the new version and try and keep it all in its original form.. 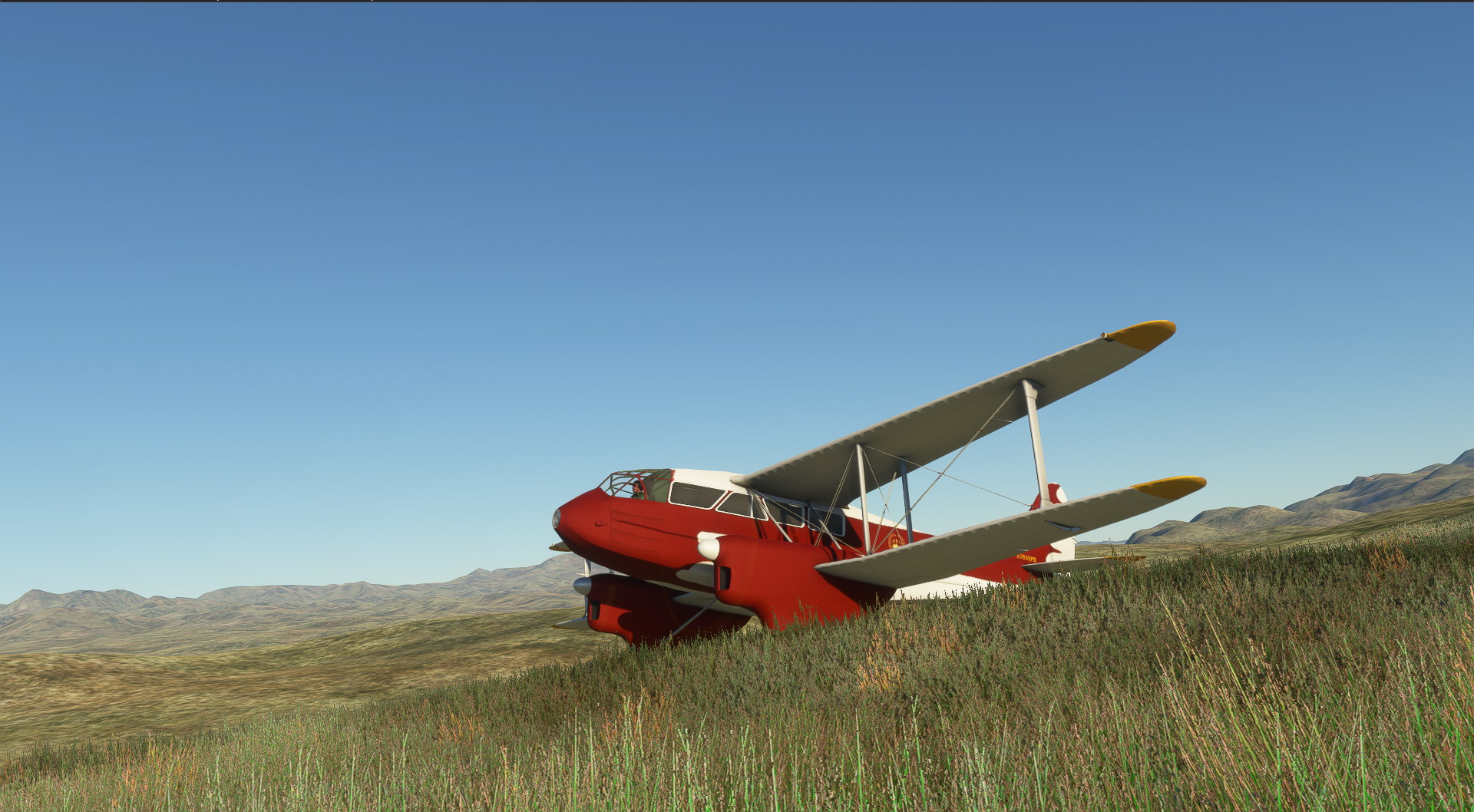